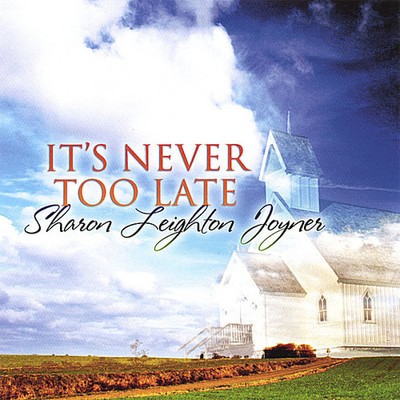 My parents (Jimmy and Honey O'Hearn) were in vaudeville. I was "raised in a trunk", or so the saying goes, and spent the better part of my pre-school childhood traveling with my parents on the road and performing with them on stage. After starting school, I was "farmed out" with relatives and friends during the school year and traveled with my parents during the school year and traveled with my parents holidays and summers. After traveling all over the US attending schools in Nebraska, Nevada, California, I finally graduated from High School at North Hunterdon Regional HS in Annandale, New Jersey. Within a year after graduation, I returned to California where I met and married my first husband, had two children and was divorced before I was 25. I met John Leighton through an old friend (from Jr. High School) and began my singing career with John and my friend Jerry Patterson as a trio doing country/folk music as The Neighbors. John worked for General Services Administration in Los Angeles and was offered a promotion if he would move to Hickam AFB in Honolulu. So he decided to take the promotion if I would marry him and go with him. After our marriage in Las Vegas, we spent the next two and one half years in Oahu, Hawaii. We found an agent and booked as a duo (The Leightons,) and worked military bases, private parties and did concerts and grand openings all over Oahu. We became the opening act for most of the country acts that came to the Islands: Skeets McDonald, Johnny Bond, The Carter Family, Smiley Burnett and Rufe Davis (from the TV Show, Petticoat Junction,) to name a few. We left Hawaii in November 1965 and were met at the airport by Skeets and Jo McDonald who promptly introduced us to Marty Landau who became our manager/booking agent. We enjoyed travel, and did still do some, working in Las Vegas at The Golden Nugget and other clubs and military bases, but because of our kids we wanted something more permanent and established a home base at The Imperial Inn in Santa Fe Springs, CA and later in 1970, The Nashville West in El Monte, CA with our band the Country Sounds. In 1971 John was diagnosed with Lou Gehrig's disease and succumbed to the disease in May of 1974. I married Marvin Joyner, our fan club president and John's best friend and golf buddy and continued in my career until 1978 when I vowed to sing only for Jesus if he would give me the opportunity to witness to my boss at the Nashville West in El Monte, Conrad Sanden. He did, and I did. He did become a Christian, by the way. Since then I have written many country gospel songs during the 80s and also since then. In 1994 I went to work with The JESUS Film Project® and while I did use my music for entertaining others, leading worship, etc., it was only after several years and much prompting, that I finally began recording them. I am now a member of the Country Gospel Music Association and have been to six conventions since 2004 both for the Western Region and the International. In 2006 I was awarded the 2006 Silver Heart Award for New Female Artist. Then two 2007 Silver Heart Awards for Psalmist and Lyricist. This CD "It's Never Too Late," is my second gospel CD. I also recorded a single Christmas song called 'Christmas Is' and I hope to be adding a children's gospel CD sometime soon. I also completed companion booklets about the songs which will available at $8.00 each. They can be purchased by sending me a check payable to Sharon L Joyner, for $10.00 to cover shipping along with your address to: Sharon Leighton Joyner Ministries PO Box 1283 San Juan Capistrano, CA 92675-0283.

Here's what you say about
Sharon Leighton Joyner - It's Never Too Late.