Steve Howells - Into the Blue 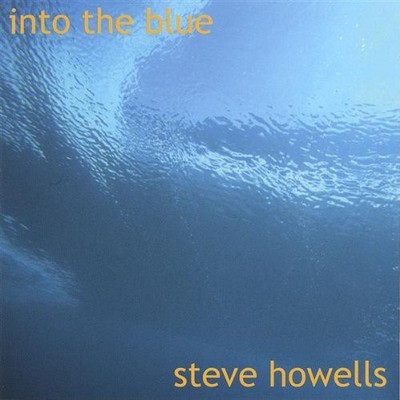 'Into the Blue' is a personal collection of songs and music inspired by, written and recorded in places as diverse as Wales, South Africa and the Pacific islands of Guam and Hawaii. Steve Howells is a drummer /multi instrumentalist, well known for his dynamic drumming in a variety of South African groups during the 80's and 90's and now living on Oahu, Hawaii and grooving with some of the islands more innovative groups and musicians. This musical journey started when Steve, a Welsh native, headed back to the land of his birth after a decade playing drums with many influential bands in the South African sub-culture that reflected an alternative way of life, one in opposition to the regime controlling apartheid South Africa. Many of the songs on the CD were born in a caravan on a corner of a field on an organic farm in West Wales, written and played on acoustic guitar and pennywhistle, ('couldn't fit my drums on my bicycle when I left London!'). The songs written then reflect the sensations of the Welsh countryside, the joys of Harvest time, the rigors of winter and the warmth of a fire, the soul of the people working the land, a tangible history and a yearning for a peaceful future. Steve returned to South Africa and resumed playing with some of the countries finest groups, celebrating the emergence of a new democracy with peaceful change and a vision of hope for a new nation. Living on the Cape of Good Hope peninsula was a particularly inspiring time, with a beautiful blend of ocean, bush and the city, and ideas came to fruition on the 4 track recorder at home, powered by the sun and a photo-voltaic system : nature and technology working together, quiet, clean and efficient. The recordings made then appear as songs 10 through to 20 on the CD. New horizons and opportunities beckoned for Steve and his family, a new world literally growing before their eyes, as Lava pours into the sea on Hawaii, and the coral reefs grow on the remnants of ancient land, testimony to the passage of time on these remote islands, meeting places for ancient and modern cultures, water, fire, land and air. Artists in all mediums find inspiration in these islands, and it was while providing live musical accompaniment with renowned photographer Grant Myrdal during one of his slide shows showcasing the power and beauty of the islands and the ocean surrounding them that Steve wrote more of the music for the CD, songs of the forces of nature creating and destroying the islands, the people that have populated or visited them, the waves that beat upon the shores, the clear skies above, and the universal groove! Life is a journey, this CD is one small step on that path, enjoy the journey.

Here's what you say about
Steve Howells - Into the Blue.