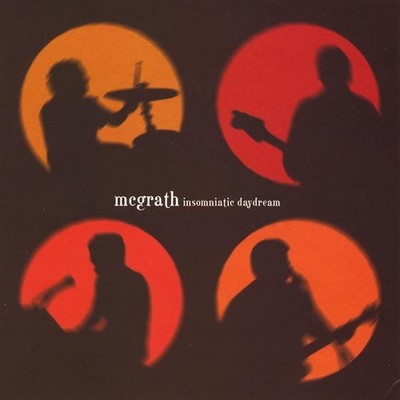 Insomniatic Daydream, from two-time Grammy award winning producer and veteran singer, guitarist Gary McGrath. With searing performances from Gary's West Coast All-Stars (Stevie Gurr, Luis Conte, Zoro, Darwin Martin), this ablum delivers a soulful rock 'n roll sound. Gary McGrath - Part prodigy and part musical part musical impresario, McGrath began his professional music career at age 12 as an award-winning soloist in the Texas Boys' Choir. He soon moved on to appear as a guest guitarist with Bon Jovi and Peter Tork's post-Monkees band Shoe Suede Blues. McGrath found his passion in producing and soon had 24 albums under his belt, including CDs for the band Nazareth and the Grammy award-winning 'The Glory Of Gabrielle featuring E. Power Biggs and The Texas Boys' Choir' CD (remastered). Stevie Gurr - Experience the fearsome guitar of San Francisco native STEVIE GURR, who also has a relationship with his harp (harmonica) that sounds like a man having a talk with his best friend. Stevie is a seasoned road & studio veteran having worked with Dr. John, Elvin Bishop, Otis Clay, Don Henley, and Zigaboo Modeliste of the legendary Meters. Luis Conte Luis Conte's genius stems from his ability to integrate the powerful rhythms of his native Cuba with the American necessities of American pop music. His long and varied career has included numerous Hollywood film scores and mega-successful albums with Madonna, Ray Charles, Phil Collins, Santana, Shakira, Jackson Browne, Sergio Mendes, Cachao, and a multitude of other artists too numerous to mention. Born in Santiago, Cuba, Luis spent the first 15 years of his life soaking up the rich musical heritage of 'El Son' and Carnival. 'Life in Cuba is all about enjoying life, and music is central to that lifestyle,' Luis says. 'Music is almost like food to Cuban people.' While immersed in the music of his native Cuba, Luis also developed a passion for Rock & Roll, R&B soul music, jazz, and the Beatles. At 15, looking for freedom, Luis emigrated to Madrid, Spain. He soon had another opportunity to travel, this time to Hollywood. In California, Luis stayed with a cousin and attended Hollywood High School, playing guitar in numerous rock bands throughout his teens. After high school, Luis met John Monteallegre, who reunited him with Cuban drums at LA City College. By the time he was 18, Luis was intensely interested in drumming and took every opportunity to play and to learn, drawing his inspiration from a deep source of rhythm absorbed during his youth in Cuba. Since then, Luis has become one of the most respected and recorded percussionists in the world. Zoro Zoro is an internationally known rock star and the consummate definition of the rare man who marches to the beat of a different drum.. One of the world's most renowned and respected drummers, he has toured and recorded with Lenny Kravitz, Bobby Brown, Frankie Valli and the Four Seasons, The New Edition, Jody Watley, Sean Lennon, Philip Bailey, Lisa Marie Presley, among many others. Zoro's worldwide appeal is evident from his numerous awards and accolades. He is consistently voted '#1 R&B Drummer & Educator' in Modern Drummer, Drum! And Rhythm Magazines. Zoro's best-selling book and DVD, The Commandments of R&B Drumming, were awarded the prestigious, '#1 Best Educational Products Title in the Modern Drummer & Rhythm Magazine reader's polls. He is also featured on the celebrated DVD release, Modern Drummer Festival 2005 (Hudson Music). The 'Minister of Groove' has been the subject of dozens of print, radio and television stories for more than two decades. He has been described as tenacious, dedicated, and passionate - qualities that stand out to anyone who crosses his path. Not your stereotypical rock star, Zoro is a positive role model whose example of hard work and clean living has served as an inspiration to generations Darwin Marton Darwin Marton Keyboard player for the Goo Goo Dolls from 1998-2003 and then with Sister Hazel from 2003-2005. University of North Texas Alumni is the first call for keys on most Kareoke Discs. Bob Prince Bob was the touring bass player for the Sweetheart of Country Music Penny Gilley. Bob also was the co founder of North Texas award winning group Quazi and the motos.

Here's what you say about
McGrath - Insomniatic Daydream.