Izabella - In the West 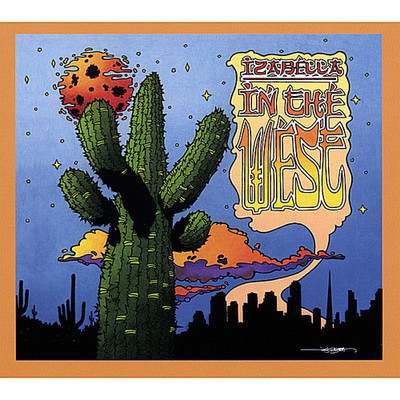 'Izabella is a band to keep your eyes on. Their Thursday [High Sierra] set ranged from Return To Forever-esque jamming to the sugary funk of Shuggie Otis' 'Strawberry Letter 23.' For Izabella, 'jam band' means something positive but neither is it a straightjacket that demands every tune be stretched and bloated with improvisation. Their originals are dead solid with hooky lines. This is exultant, flowing music, and follows in the Bay Area tradition of great forebears like the Sons of Champlin. Plus, lead singer Brian Rogers sings with genuine soul, which is pretty bloody rare in this vocally challenged age.' Dennis Cook, Jambase Izabella is a dance-inspired rock and soul band hailing from the Bay Area. This six-piece family of musical explorers is avowed for producing danceable, dynamic grooves. Izabella's live performances exude joy and inspiration for all in attendance. Their unique blend of fist-pumping guitar, funked-out keys, poly-rhythmic beats, and impassioned vocals is unparalleled in the genre. Since it's inception in Fall 2006, and after hitting the road full-time in 2008, Izabella has performed well over 200 gigs, including some key performances at summer festivals: High Sierra, 4 Peaks, Las Tortugas and Bobolink. This solid tour schedule combined with an elevated level of stage and light production has helped Izabella garner various accolades, including the Jambands title, "New Groove of the Month" back in August 2008. Band members Sean Lehe (guitar, vocals), Brian Rogers (vocals, drums, guitar, bass), Murph (bass), Sam Phelps (keys, vocals), Jeff Coleman (keys), and Lucas Carlton (drums) are equally committed to evolving their sound in the studio as they are to achieving greatness on the stage. Oz Fritz, the Grammy award-winning engineer most noted for his work with Tom Waits and Les Claypool, is currently working on the band's third album, "Drugs and Apple Pie." Additionally, Izabella is thrilled to embark on it's first East Coast tour this fall. As this musical collective continues to blaze their own trail, they remain in constant connection with their community of fans who ultimately make it all happen.

Here's what you say about
Izabella - In the West.