Yuri Mamchur - In the Harbor 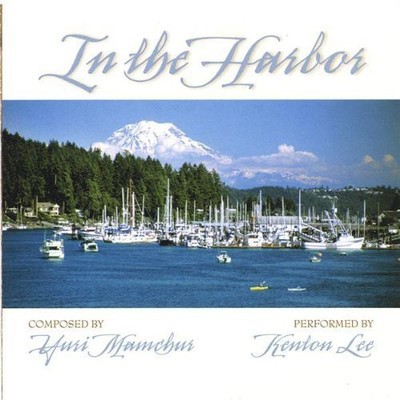 Yuri Mamchur began his music studies at the age of five in Moscow, Russia. At the age of thirteen he completed his music studies, and later received a European law degree. He kept the music dream and hobby alive, producing his first Smooth Jazz and Techno music CD in Kiev, Ukraine in 2001. An exchange program brought Yuri to a summer camp in Gig Harbor, Washington in 2000. Yuri has traveled extensively between Moscow and the United States. He fell in love with Washington State and the Pacific Northwest where he spent several years. Currently, Yuri lives in Nashville, works as a Foreign Policy Consultant, and is a member of MBA Class 2011 at the Vanderbilt University's Owen Graduate School of Management. The music on this CD has been inspired by his work with children, and the scenic beauty of the Pacific Northwest. The songs were composed in Moscow, Russia and on Orcas Island, Washington between 1996 and 2003. Kenton Lee began his music studies at the age of five in Minnesota. After one year of college he fell in love and married Benita Werner, his wife of more than 33 years, who is also a pianist. They relocated to California, where they pursued further experiences in church music, studio work and education. Following his graduation from San Diego State University as Music major, Kenton was invited to become the Minister of Music at Life Center in Tacoma, WA. He and Benita have served there since 1981. Kenton gives weekly direction to the music of Life Center, including the very popular Singing Christmas Tree. He and Benita have raised four very musical children who are successful, practicing musicians. Kenton also holds a Masters in Worship Studies from Liberty University Seminary. He is a published arranger, composer, singer, and as this project displays, an accomplished pianist as well.

Here's what you say about
Yuri Mamchur - In the Harbor.