Mike Osborn - In the Dog House 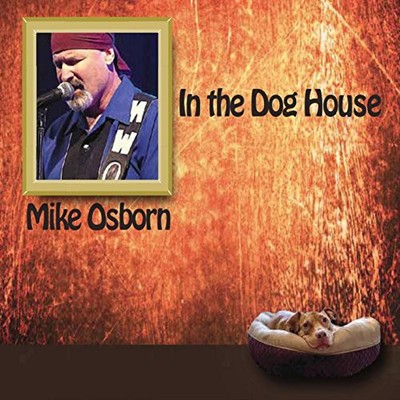 The Michael Osborn is a unique blend of classic ROCK, blues and modern country with an occasional CELTIC accent (oh, did I mention unique?). Always soulful, always danceable, always with a CONCERT stage presence and audience interaction, the entire band delivers on MULTIPLE levels all at the same time. "Michael Osborn is on a unique musical road. After finding success at a young age, Mike put his family first and bowed out of the music scene for several years, only to return with a vengeance. With a busy touring schedule and a new CD scheduled for release later this year, Mike is proving that blues life can start at 40, and it can be very successful." - Don Mitchell, Epiphone e-letter (Jun 05, 2014) "I have been pouring over the many things that have been written about Michael W. Osborn over the years. I am doing so to help find the element that isn't there. In other words, what is the crucial and unique quality in him that just hasn't been put into words yet? There's been a lot of praise, but something's MISSING. Something BIG! WELL, I have found what that missing piece is. For all those people that know and love Mike and his work, it's far from missing, it's the basis of what it is. Somehow though, until now the essence of what makes Michael - Michael has not reached the written page. Here it is; Combined with his Masterful talent as a Blues/Rock Guitarist -Singer/Songwriter - plus, his Commanding stage presence, Michael Osborn has the rare and innate ability to connect with his audiences in a passionate and emotional way. To hear his music live, is to actually feel who he is." - Jane MILLER, What's missing? (Apr 08, 2013)

Here's what you say about
Mike Osborn - In the Dog House.