Adam's Attic - In the Blink of An Eye 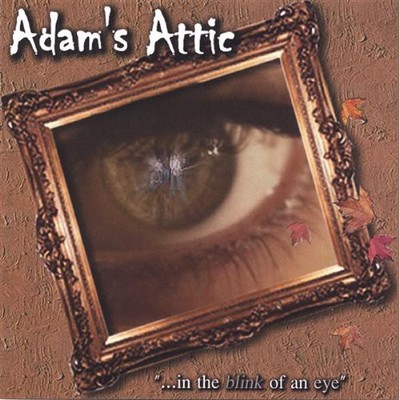 In June 2004, Adam's Attic teamed with gold recording artists and producers, Caleb Guillotte and Mark Miller, to record '...in the Blink of an Eye'. In January 2005, Adam's Attic released the album featuring "Autumn" dubbed a soldier's anthem. "Autumn" is a very emotional song, which is already sweeping the nation and seizing stunning reviews followed closely by "Torn" and "Not Enough". People are connecting to "Autumn". The band's front man, Joe Henry, said, "It's our anthem for the troops for leaving their families and standing up for something bigger than themselves. We cannot forget the real American heroes, our men and women risking their lives overseas." In late February 2005, Adam's Attic formed an alliance with the Soldiers' Angels Foundation pledging to give the charity a percentage of the proceeds from every online purchase of the album, '...in the Blink of an Eye', featuring "Autumn". Due to the overwhelmingly positive reception of "Autumn", Adam's Attic has been invited to make several appearances and performances specifically to honor the U.S. military, which include: Feb. 3: Naval Air Station Joint Reserve Base New Orleans' Plaquedilla Parade Party. May 18: "About Base", a televised program about the military. May 28: Six Flag's 'Military Appreciation Days: Operation Fun' in New Orleans. Memorial Day weekend celebration. May 29: Plaquemines Parish Seafood and Heritage Festival at Louisiana's Medal of Honor Park. Memorial Day weekend celebration. July 3: "Walking with Heroes: 4th of July Extravaganza" at Ft. Carson Army Base in Colorado Springs. In June and July 2005, Adam's Attic is logging all-ages concert dates from the east coast to the west coast in cities like Orlando, W. Palm Beach, Miami, Los Angeles, and Costa Mesa. More cities are expected to be added. The band consistently directs their focus, releasing their unbridled enthusiasm into a tight, energetic live show that thrives on Adam's Attic's refreshingly positive worldview. Finally, a band that doesn't retreat into the tired well of angst and despair yet still exudes passion, power, and rock and roll sexines...

Here's what you say about
Adam's Attic - In the Blink of An Eye.