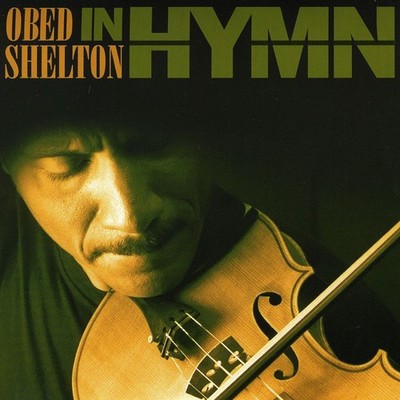 Obed "Obie" Shelton When Obed Shelton was seven years old, his father gave him a toy violin for Christmas. Obed showed such in interest in the toy, that his parents decided to start him on the real thing in the Cleveland Public Schools. He soon began private lessons through the Cleveland Music Settlement, and then with private teachers in the Mansfield Ohio area when his father became a chaplain at the Ohio State Reformatory. Obed won a scholarship to study the violin at Ohio University in Athens, Ohio. However, after a year at O.U., he took an interest Radio and Television, and changed his major to Communications. He still kept up his music study though, and was elected student Chairman of the University Symphony. He received a Bachelor of Science degree in Communications, and began his broadcasting career reporting news for radio station WJMO in Cleveland. That's when he began using his high school nickname "Obie" professionally. He joined Christian Tabernacle Evangelistic Church in Cleveland, and began directing the choir. Working with Rev. Bill Sawyer, the choir sang annual concerts at Cleveland's Music Hall Auditorium. Obed wrote and conducted music for those concerts with a 20-piece orchestra. Those concerts were recorded, and released as successful records on the Ty-Scott Label in Indianapolis. In May of 1998, he released his first violin solo recording "In Hymn". He arranged and produced all the songs. In November of 2004, He released his second solo recording "What a Friend", again producing and arranging all the songs. He has been a featured artist with Bishop T.D. Jakes. He has soloed with the Akron Symphony Orchestra, and the Cleveland Philharmonic Orchestra playing his own orchestral arrangement of Amazing Grace. He was a guest artist, and guest M.C. with Dr. Bobby Jones, at the June 2000 Gospel Celebration in Chicago, and was a guest artist of the 1999 season of Cleveland Trinity Cathedral's "brown bag" lunch concerts. In broadcasting, Obed was inducted into the Northeast Ohio Broadcaster's Hall of Fame in 2004. He has reported news and hosted programs on nearly every topic from sports to politics, to religion and theology, on every major broadcasting station in Greater Cleveland including; WJMO (radio) (Cleveland) WERE (news-radio) (Cleveland) ABC affiliates; WYTV (Youngstown) and WEWS (Cleveland) CBS affiliate WJKW (Cleveland) Public Television station WVIZ (Cleveland) WKYC (Cleveland) He taught Television productions at Cuyahoga Community College. He also produced a video for high school vocational students, which won a National award. He and his wife Wendy live in Cleveland's Shaker Square community with their teenaged son Owen. After 31 years of news reporting, several journalism awards, regular appearances at schools, banquets and community events, what remains most important to him is his relationship with Christ.

Here's what you say about
Obed Shelton - In Hymn.