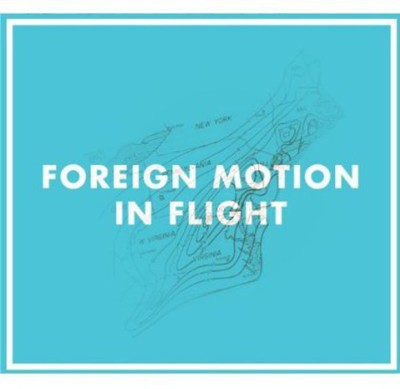 The progressive jazz/fusion sounds of Foreign Motion are consistently elusive. The intricate melodies and grooves are palatable by all depths of music fans. Together, they bring listeners on a journey of sound and groove exploration. Their intricate modern sounds are complimented by minimalism and simplicity. Foreign Motion is a combination of four unique musical forces with very diverse musical backgrounds. While all four members are active players in the national music scene; they hail from vastly different parts of the world and now reside in the Twin Cities. "What I love about this group is that we all come from different backgrounds culturally and geographically, but we have this bond in our music," Cory Wong said. "One of the bi-products of that is the unique sound that we have as a group. The moment we started playing together, everything clicked. We really felt drawn to each other in this band because of our musical styles and personalities. We are all full-time musicians who end up playing as sidemen for other artists or singers, but it was time we had our own project that we could each contribute to and write/compose for." The band was formed by guitarist Cory Wong; who is known as a highly sought after music director, producer, film scorer; and is the co-founder of the Minneapolis based record label, Secret Stash Records. Yohannes Tona is a native of Ethiopia, who moved to the United States on a full scholarship to Berklee College of Music. His unique bass playing and love of multiple styles and genres has given him the opportunity to play on stages and festivals around the world. Kevin Gastonguay is a pianist and composer from Burnsville, Minnesota whose creativity, sensitivity and versatility place him as a great up and coming musician. Pouring raw emotion into every single note, Gastonguay paints a vivid musical imagery that leaves audiences in awe. Drummer Petar Janjic is a dynamic and powerful musician. Born and raised in Kraljevo, Serbia, Janjic came to Minnesota to study music at McNally Smith College of Music. His ferocious style and deep sense of musicality quickly secured him a place as a session and touring musician for many national acts. All four members draw from their own musical backgrounds to create the unique sound of this ensemble. The creative rhythmic variations of the drums dance in harmony with the powerful syncopations of the bass as if the two elements were one and the same. Meanwhile, the colorful voicings of the piano are engaged by the infectious guitar melodies. All elements are blended together and served in an explosive performance. Foreign Motion is being called THE "supergroup" of sidemen; all are in their 20s, and have worked with prominent artists spanning every genre, including: Acoustic Alchemy, Bootsy Collins, Alexander O'Neal, Jef Lee Johnson, Bryan White, The Blind Boys of Alabama, Questlove, The Sounds Of Blackness, New Sound Underground, The Radio City Rockettes, The Steeles, NBC's "The Voice", Darnell Davis and The Remnant, Nachito Herrera, Michael Baker, Peña, Secret Stash Soul Revue, Dr. Mambo's Combo, Robert Robinson and many others.

Here's what you say about
Foreign Motion - In Flight.