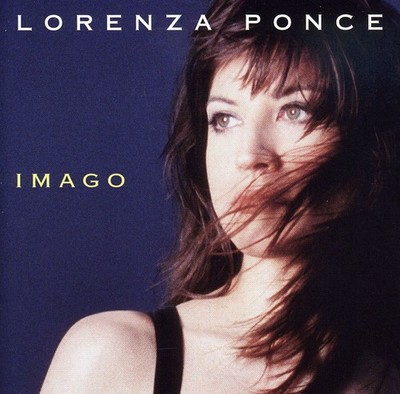 Violinist/vocalist Lorenza Ponce is a dynamic performer, mesmerizing audiences worldwide with her mastery of the violin, beautiful vocals, and her dramatic yet graceful stage presence. She was the violinist/violist for the recent Bon Jovi Lost Highway World Tour, and is a member of Jon Bon Jovi's solo acoustic group. She was the lead violinist and string contractor for the 2007 Hall and Oates tour, and string contractor/arranger for The Dixie Chicks Top of The World Tour. Lorenza Ponce has toured extensively with Sheryl Crow, and has been the featured performer in two PBS Specials: featured violinist/vocalist for new age megastar John Tesh's "One World", and featured violinist for Japanese superstar, Kitaro's "An Enchanted Evening." Lorenza has also toured with John Tesh, Kitaro, and Ben Fold's Five. In addition to the above, Lorenza has performed on stage alongside Neil Young, Sarah McLachlan, Stevie Nicks, Dolly Parton, Emmylou Harris, Cyndi Lauper, The Zombies, and Deborah Harry of Blondie, A much sought after session musician and string arranger, Lorenza has performed on countless recordings, and her string arrangements can be found on albums by Sheryl Crow, The Dixie Chicks, including the "Landslide" single, Bon Jovi's MTV Unplugged, the "I Am Sam" soundtrack, and many others. Lorenza Ponce is also a solo artist and composer. She has four solo records to her credit, Imago, Mystic Fiddler, The Instrumentals, The Song of Songs, and was featured on the cover of the April 2002 issue of New Age Voice magazine. The Boston Globe singled her out while on tour with Kitaro and wrote 'The group's standout was violinist Lorenza Ponce, a classically trained talent whose playing...was spellbinding.' Of her performance with Sheryl Crow they wrote that her playing, 'added a simpatico poignancy and power.' The St. Petersburg Times wrote of her performance with John Tesh that, 'Ponce is a violin virtuoso, plucking her strings while singing on the ethereal 'Canta Domine'.' The L.A. Times Syndicate called, Imago, her first solo album 'captivating'. With more countries and places yet to be explored, we can look forward to a lifetime of music from this unique artist.

Here's what you say about
Lorenza Ponce - Imago.