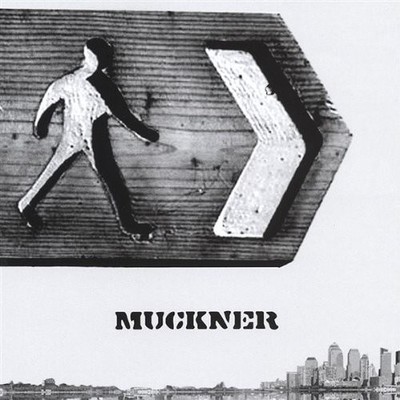 Stirring up images of the gritty reality of life on the streets in America's cities and paying homage to the back-country roots of Appalachian music, Muckner has a sound that will appeal to indie, alt-country, and folk rock fans alike. With the release of their first full-length album 'If I Can't Talk to You, Then I Can't Talk to Anybody', Muckner is ready to hit the radio and concert circuit. Recorded in the band's hometown of Seattle, WA, the album hints at the rock and roll songwriting of Springsteen and Petty, the exploration of Wilco, the mournfulness of Gillian Welch, and finds it's sound centered around songs of hope and small things. Through your single-pane window, I heard you yelling at your wife your son in the next room, starting his beautiful life I thought about the police, and of telling you off and of thousands of people who cut their feet on love Formed in 2003, Muckner grew forth from the songs coming out of Dan Erb's acoustic guitar. These were songs chronicalling the lives of the homeless people Dan met working at a downtown homeless shelter in Seattle, songs exploring his childhood growing up in Appalachia, songs about love both broken and new. Joined by Lisa Smith on bass, cello, and soothing harmonies, then by Chad Clibborn on drums and percussion, Muckner's sound was rounded out in the summer of 2004 by the addition of Gary Mula, his Gibson ES-335, and a floor-full of vintage pedals. Gary joined the band after recording their debut album in his warehouse studio and Muckner immediately broke him (in) by bringing him on stage with a single two hour practice under his belt. Gary's guitar playing found an immediate home among friends, and Muckner hasn't looked back since. Their debut album is a disarming mixture of singable rock songs and introspection, of acoustic guitar and stretched vocals, of ethereal cello and fuzzed-out rhodes organ, of Raymond Carver and John Steinbeck. Jasper's in the back yard, playing with some sticks mama's making pottery, music on her lips Honey-love Morgan, one hand on the wheel down the redwood highway through the artichoke fields.