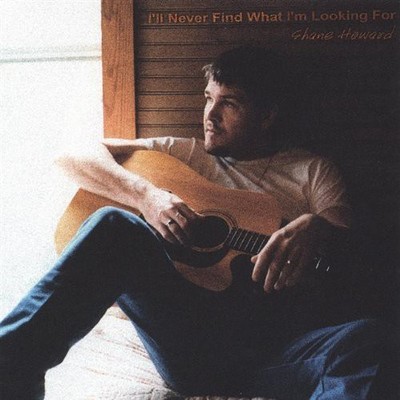 Shane Howard (from Riesel, Texas) began performing music at age 12 by backing up fiddlers at fiddle contests. Within three years, Shane was asked to join the band, Reunion in 1989 where he played rhythm guitar and sang lead vocals on a few songs. His experience with Reunion led him to eventually form his own band, Rampage in 1992. For the next ten years, Shane Howard and Rampage played the Central Texas music scene. At first, Shane performed the music of his heroes: George Strait, Merle Haggard, Hank Williams (Sr. and Jr.) and Elvis Presley. He later began incorporating his own music into the set including 'If You Fail At Love,' 'Love Me Again' and 'Set Me Free.' During this time, Shane Howard opened for Country artists Gary Stewart, John Conlee, Joe Stampley and Andy Griggs. Shane Howard and Rampage was also named one of the top five bands of Central Texas according to the readers of the Waco Tribune-Herald in 1999. By the end of 2002, Shane had dissolved Rampage and instead focused his attention on songwriting. He recruited former Rampage members Geoff Queen (guitar/bass/vocals) and Steve Scheifley (drums) and together, they went to the recording studio to work on Shane's original music. The result was the debut album; I'll Never Find What I'm Looking For. Produced by Geoff Queen, the album featured 12 songs, including songs from the Rampage-era and newer material like 'Hang On To Yesterday,' 'Megan's Song' and the title track. The album also featured the rockin' number, 'Lick It Slam It Suck It' co-written by Shane and Geoff. The album was released in 2004 and is receiving radio airplay throughout Texas and is featured on various internet stations. In particular, 'Lick It Slam It Suck It' became a regional hit for Shane in the Bryan/College Station area. Eager to perform his songs live, Shane Howard along with Steve Scheifley brought in multi-instrumentalist, Joey Dvorak (fiddle, mandolin, harmonica, squeeze box, vocals) to the fold. They began playing acoustic venues and festivals across Texas. Shane then hired Justin Curtis (bass, vocals) and later JC Tickett (guitar) to complete the Shane Howard Band. Shane Howard's music has a distinct style of it's own. While it is definitely country, it draws more of it's sound from Texas than from Nashville. His music at times has a more rockin' drive to it but at the same time, identifies with the people and stories of rural Texas. Shane himself is proud to come from the bustling metropolis of Riesel, Texas (pop. 972). Currently, the Shane Howard Band is working on new songs and has already begun recording sessions. The band continues to refine it's live shows and has gained a loyal following. One thing is for sure, the music and the shows will only continue to get better. Shane uses Taylor Guitars and Shure Microphones. Sponsored by Lone Star Beer.

Here's what you say about
Shane Howard - I'll Never Find What I'm Looking for.