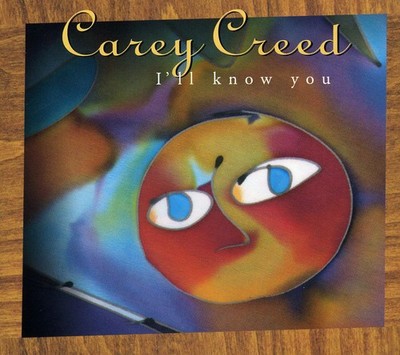 Folk- and jazz-inspired music that invites you to dig deep, without lapsing into preachiness: Carey Creed's new CD, I'll Know You, delivers the invitation subtly through Carey's soulful alto voice and relatively sophisticated acoustic music arrangements. Two of the original songs are quite personal, yet it's easy to tap into their themes of loss, hope, awakening, and surrender. The covers are not well-known, except for a Brazilian-flavored version of Elton John's 1970 hit by Leslie Duncan, 'Love Song,'...and a slow, chant-like duet with Carey and Tom on 'Let The Day Begin' by The Call's Michael Been. The recording, which was produced by Carey and Tom Prasada-Rao for Angel Toes Music, LLC and picked up by a cooperative musicians' label, Azalea City Recordings, has just received it's first review. Cliff Johns of The Potomac says: 'Carey Creed's tracks remain in an honored spot by my audio equipment... I'll Know You is a gem...Produced with music notable Tom Prasada-Rao, the CD's 12 songs produce a real 'album' feel of connectivity, with the whole ensemble uplifted by Carey's well-trained, but warm and real, impeccable voice; her easy grasp of song structure is compellingly conveyed by her guest collaborators, who include (on backing vocals) Grace Griffith, Prasada-Rao (on vocals, guitar, percussion, and even sitar), Al Petteway (on Celtic-inspired guitar), with the cello of Fred Lieder haunting a few tracks, and [Dave Marsh and] John Previti's stand-up bass pushing the tunes along... 'I'll Know You is very moving because of it's heart-felt songs so expertly played and so well-recorded. 'The title track [by Carey Creed] is about the mysterious recognition of affinity with the other when finally finding meaningful romance; while 'Follow Your Dreams' [by David Plenn] is a testament to the validation of a dying parent's love for her gifted child; the a capella gospel of the closing track, 'That's Heaven to Me' [by Sam Cooke] is a small vocal tour de force that puts a nice period to the album. 'This is a relatively quiet but expertly and lovingly made record of profundity and caring.'

Here's what you say about
Carey Creed - I'll Know You.