Dallas Keaton - I Can Breathe Alone 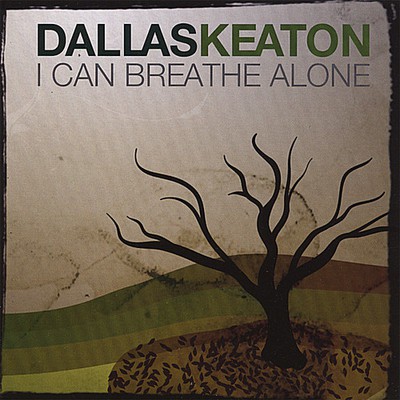 After graduating from Georgia Military College on a golf scholarship at 17, Dallas moved back to his hometown in Newnan, Georgia. While contemplating what he should do with his life, he often thought back to when he was a young boy jamming out to Billy Joel in the living room with his older brother and sister. He started wondering what it would be like to pursue his childhood dream of being a successful singer/songwriter. He quickly pushed those thoughts aside and got a "real" job. The thoughts continued to nag him and so he started playing guitar with some friends in the evening and eventually started up a band. After a bad romantic breakup, Dallas turned to his guitar for comfort. He had always loved writing poetry so he picked up his guitar and wrote a poem, with music. His first song was born, "Get Her Out Of My Head". He played the song so much that his fingers bled. But the song truly got her out of his head and that's when he realized that music was his passion - his calling. He promptly moved to Los Angeles, California to pursue a career in music. He started taking voice lessons and continued to play the guitar. Out of nowhere, writing songs became second nature. He would reflect on past experiences and the feelings and emotions would come out in his songs. His songs became his medicine and he wrote every day. In spite of the therapeutic remedy his songs gave him, he was not making good decisions in his life and felt empty. There were questions about himself that he hadn't been able to answer. Questions like "Where did I come from? Why am I here? Where am I going?" He started going to church more and studying scriptures to find answers to those questions. He did find the answers and finally felt like his life was complete. The emptiness had subsided. He felt so on fire that he decided he needed to share what he was feeling with others. He determined to serve a full-time mission for his church (The Church of Jesus Christ of Latter Day Saints). This would require him to pack up and leave everything behind for two years. This was a very difficult decision to make since he was in the process of being looked at by a major record label that had preliminarily offered him a three-year contract but only if he was going to be around for the next three years. Additionally, a musical tour in Japan was being set up for him, again, contingent on him signing a contract in which he would be sticking around. Dallas spent many long nights on his knees praying for strength to make the right decision. Dallas finally decided to serve a two year mission. His music would have to wait. So, in great faith, he gave up the tour and the major label. A few weeks later, however, a small label approached Dallas about putting out an album. He explained the mission and they said that they believed in him, his music, and his resolve to serve a mission. They wanted to do the album anyway - knowing that he would not be able to go on tour to promote the album for two years. The album, "I Can Breathe Alone" was completed in March, 2007. Working with the label, 12 of Dallas's 60 original songs were selected for the album. At Dallas's request, his first song, "Get Her Out Of My Head", was put on the album as a hidden track. The label has allowed Dallas to go on a mission with complete confidence that he will return in two years better than he was before he left. Dallas believes that the Lord will bless him when he returns from his service and he will be able to return to his music career. He looks forward to establishing a solid fan base while he's gone so that he can come back, go on tour, and let his fans watch him pour out his heart and soul through his music. Dallas returns from his Spanish speaking mission in March 2009.

Here's what you say about
Dallas Keaton - I Can Breathe Alone.