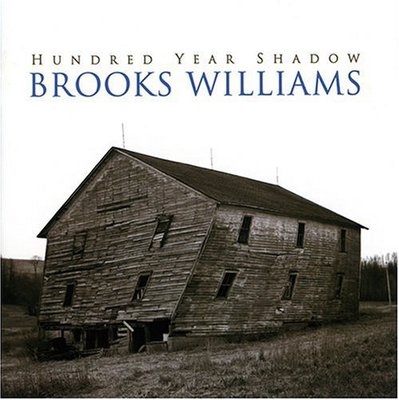 The strength of Brooks Williams' self-produced HUNDRED YEAR SHADOW lies not in the fiery fretwork, soulful singing, or sensitive songwriting, but rather in the union of all three. In addition to seven new self-penned classics, Williams wraps blues, gospel, country, soul, and Hawaiian slack key guitar influences around interpretations of tunes by Buddy and Julie Miller, Ted Hawkins, and Lennon & McCartney. 'If Williams' guitar picking gets any sharper, we'll have to invent new adjectives,' wrote the Boston Globe. Well, they better start inventing because Williams' music, lyrics, singing, and picking get sharper with every recording. Critics and writers hail Brooks as 'an acoustic guitar god' and a 'fret monster,' saying his music is 'electrifying,' 'dazzling,' and 'breathtaking,' and that he sings like the 'Angel of Soul.' With millions of touring miles and thirteen albums to his credit, the fans have seen and heard it for themselves. His huge and growing catalog of original songs is 'exquisite,' says MOJO, a UK magazine. Whether live in concert, where rich new music continues to emerge, or in recordings (he's recorded over thirteen albums) where his fiery flatpicking, power chords, single note leads, and simmering slide can be consumed over and over, fans understand why Dirty Linen says, 'A consummate artist, Williams ranks among America's musical treasures.'