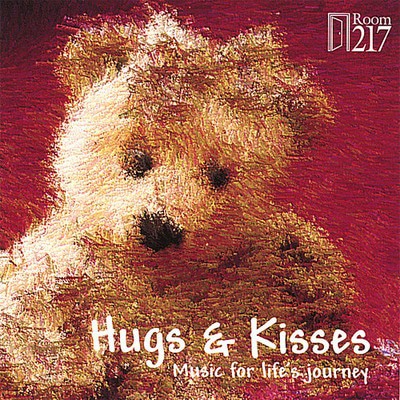 A GROUNDBREAKING MUSICAL RESOURCE FOR HOSPICES, HOSPITALS, NURSES, CHAPLAINS, MUSIC OR RECREATIONAL THERAPISTS On Hugs & Kisses, Bev Foster's soothing voice and delicate touch on the piano, coupled with the delicate sounds of Beverley Johnston's vibraphone and bells provide a sweet, flowing ribbon of hope and beauty. The music combines traditional lullabies with Disney favorites and some original tunes to create an inspirational accompaniment for life's journey. Hugs & Kisses is especially for children. The inspiration for Room 217 has come from the loss of two very special people in Bev's life, her dad and her grandmother. Music played an important role in her relationship with both of them through the years. During the last months of their lives, music became a source of connection, comfort and communication between them. When Bev and her family were at a loss for words or when she was just by their bedside holding them, music bridged time and eternity and soothed the heartache each felt. Her father died in Room 217 at the Uxbridge Cottage Hospital, just north of Toronto, Ontario Canada. Bev believes music reassured him and lessened the fear of death. Nanny Gross died one year later at the age of 95. Bev Foster has taught music privately and in the school system for 25 years. She has served as executive director of the Ontario Vocal Festival and accompanist for the Orpheus Choir of Toronto. She was also recently nominated for a Shai Award for Best Inspirational Album for her solo album, Trustpoints. Spirit Wings was nominated for Best Instrumental album at the 2005 Canadian Covenant Awards; Gentle Waters received a nomination in 2006. In March 2006, she was recognized nationally at the Leading Woman Awards in the arts, culture and sports category. Bev is the president of Strongheart Inc., the independent label company for Room 217. She is married to Rob and they have four children. Room 217 has quickly gained national acclaim. Canadian Living magazine calls Room 217 "a new generation of palliative music designed to access memories, help surface emotions and connect families in times of duress." Foster is traveling the continent with her performance/presentation Music for Life's Journey. Songs are paced to match people's breathing. The music is gentle, never bumpy or angular. Foster mostly uses familiar tunes.