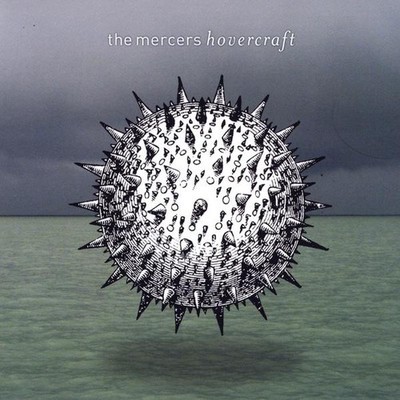 With the release of Hovercraft - nearly two years after their solid debut Pretty Things Walk - The Mercers finally return with what will hopefully be one of Austin's most talked about rock records in 2009. Delivering (and then some) on the promise of their debut as well as frontman Peter Wagner's former band Choking Ahogo, Hovercraft is as well polished, well written, well played, and well recorded as any indie record released this year. Potential hyperbole aside, one can only hope that the rest of Austin catches on before it's too late and the band disappears for another year or two to record again. Over the course of thirty minutes and seven tracks, The Mercers manage to craft a sound that lies somewhere between the picture-perfect sheen of The Shins and the driving power of The Who. Years ago, with both Choking Ahogo and early in The Mercers' career, Wagner wrote fractured indie rock gems and fragments of hooks that practically screamed fledgling Bob Pollard. Fast-forward to the songs on Hovercraft and it's not hard to figure out that Wagner and his band mates are the benefactors of a little maturity, some patience, and a lot of musical growth. Instead of fragments of tunes, listeners are now privy to full blown well-constructed songs. On "Bloodbane", Wagner is "curious as hell, if Loch Ness and success are equally real" - and if his and Erik Ray's spiraling guitars over Ethan Herr's drumming are given proper adulation, Nessie is about to be pretty lonely in fantasyland. Throughout the EP, the successful formula of "Bloodbane" is repeated with stunning results: the amazing thing isn't how confident the entire band sounds (regardless of Wagner's lyrical doubts), but that the tracks consistently unfold so flawlessly with swirling codas, reverb drenched and multi tracked vocals, and hooks galore. On "Ring Inside A Ring", the band unleashes the catchiest hand-clapping head-bobbing summer tune ever written about a disgraced scientist (In case you're wondering: the late Stan Meyer claimed to have built a car that ran on water but was later exposed to be a fraud). It's one thing to write a great tune and it's another thing to write an interesting lyric, but when combined like on "Ring Inside A Ring", the result is amazingly rewarding for the audience. The reality is it's going to be hard to pick the highlights of Hovercraft, because there are so few stumbles. On "Disco Nixon" that amalgamation of The Who, The Shins, and Guided By Voices comes to a roaring pulsing head. The entire song is the moment and just as the glow is wearing off, "All She Wants/Monsters" doubles down as a six-minute plus highlight. Building immediately out of the outtro on "Disco Nixon", "All She Wants/Monsters" kicks off with the kind of relentless drums that make an indie rock band into an arena (or festival) success. The Mercers build the song into a tour de force, complete with Brian Rohde's trumpet flourishes, exploding and then dropping out over an acoustic guitar part, handclaps, and a poignant lyrical rumination on aging. With the release of Hovercraft, maybe an editorial correction is due and it's time to not put hyperbole aside, but instead to embrace it when discussing The Mercers. Instead of using qualifying statements like "for a sophomore release" or "recorded in a home studio" or "by an unsigned indie band" how about simply: "The Mercers' Hovercraft should be on every Austin Top 10 of 2009 list." That's not hyperbole; it's fact.

Here's what you say about
The Mercers - Hovercraft EP.