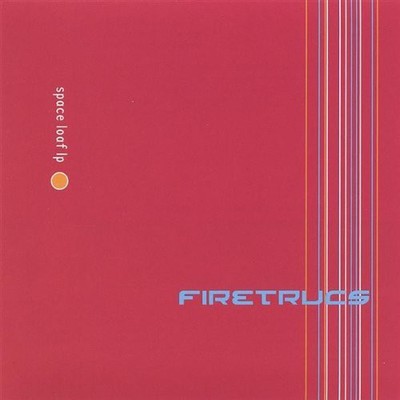 ALSO AVAILABLE ON CD BABY: FIRETRUCS' 'SPACE LOAF LP' (2001) Firetrucs are a three-piece indie rock band from Minneapolis. The band was formed in late 2000 and has since toured the Midwest and both coasts. Firetrucs have shared the stage with Grant Hart (of Husker Du), Janis Figure, Houston, Ring, Cicada, Cat Power, The Waking Hours, Light FM, Woolworthy, Zero to Nine, Snails, and other regional heroes. The band's first album, the 'Space Loaf LP' was released on Chicago's Secret Fire Records in December 2001. The staggering 'Hovercraft LP' was released in May 2002 and features Veruca Salt's Louise Post on guest vocals, as well as producers Jacques Wait (Beatifics, Mark Mallman, Semisonic) and Brent Sigmeth (They Might Be Giants, Kelley Deal). The ten-song album about girls, cars, and rock delves into familiar sonic territory, but shows a more dynamic, more mature, more impressive side of firetrucs. The album has made steady progress onto radio stations all over America, and stands as one of the most important indie releases of 2002. Amy Carlson writes for the St. Paul Pioneer Press: 'At times, they rock as hard as Nirvana, are as addictive as the Foo Fighters and as clever as Rivers Cuomo. Which makes the local trio Firetrucs one of the Twin Towns' most exciting prospects. On 'Hovercraft LP,' Tony Parks, Brian Gruidl and Shane Speltz hit the mark on such songs as the slow-burn rock action of the title track, the playfully sensual 'Telephone' and the catchy lost-love song 'Hat's Off (to Rivers Cuomo)' that boasts the splendid line: 'If we're breaking up, then I'm taking back my 'Pinkerton'/I hope it sucks to hear the 'Good Life' with your brand new man.''

Here's what you say about
Firetrucs - Hovercraft.