Ann Reed - Hole in the Day 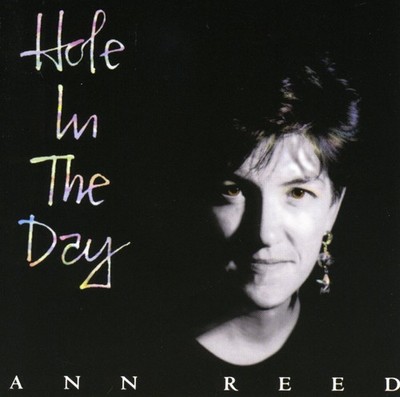 Terrific singer, amazing songwriter, and darned good guitar player, Ann Reed has had devoted fans lining up at the box office for more than a quarter-century. She recently released Telling Stories, a two-CD set celebrating those 25 years - years spent writing songs, making music and delighting everyone within earshot. If you had to pinpoint when all this started, you could look back to when Ann was 12, growing up in a suburb of Minneapolis. She borrowed her brother's guitar (the one he bought with the $40 their grandmother had given him to buy a suit) and taught herself to play. The die was cast. Since then, there have been 15 albums, countless concerts, festival dates at world-renowned venues such as Bumbershoot and the Winnipeg Folk Festival, and television and radio appearances, including Good Morning America, A Prairie Home Companion, and Minnesota Public Radio's Morning Show, where she occasionally fills in as co-host. She has been honored with enough awards to fill a couple of walls and a bunch of shelf space. These accolades from the likes of Billboard magazine, the National Association of Independent Recording Distributors, the Minnesota Music Academy, and the Girl Scouts reflect a satisfying career by anyone's measure-made even more so since Ann combines her artistry with community involvement. She donates about 25% of her time to the support of nonprofit groups that primarily benefit women and children. It all boils down to this: Ann loves what she does. And the people who hear her music love what she does. Ann Reed - with the rich alto, the smooth guitar licks, the great songs, the sly wit - is having the time of her life.

Here's what you say about
Ann Reed - Hole in the Day.