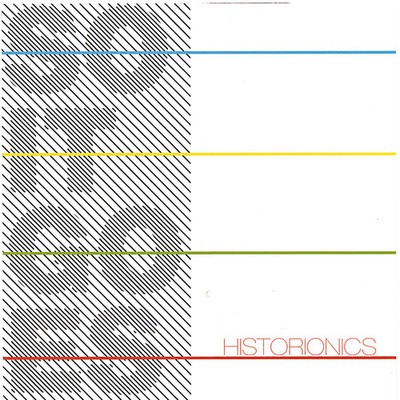 Adam - Vocals, Guitar & Synth Travis - Vocals, Guitar Micah - Drums & Percussion Brian - Bass Imagine stepping inside a new wave, discotheque arcade, where the boom box shocks, the disco ball drops, and the kick drum keeps the time. * * * If "past is prologue" and the future is in bionics, So It Goes is now and tomorrow. On September 26, So It Goes released it's first full-length record - HISTORIONICS - on it's independent label Now Here This Records. The tracks were produced and recorded at Flowers Studio in Minneapolis. Local creator Ed Ackerson-pointman of the Susstones electronic collective-worked the controls to capture the sonic energy unique to So It Goes. Characterized by up-tempo rhythms, new wave bass grooves, alluring melodies, and provocative lyrics, HISTORIONICS is a complete record of eleven noticeably distinct tracks that bounce, flow, push and pull. Several of the songs, including "Get On With It," "No Guns," "Popaganda," and "Robots Are Dead" have been getting excellent crowd response at the band's synergetic shows. So It Goes was founded in late 2003 when brothers and singer-songwriters, Adam Payson and Travis Arthur, shared ideas during an impromptu jam session in Payson's basement. Since then, Payson has committed professional suicide by cutting loose from his downtown lawyer job, and Arthur likewise his city-planning ambitions, to focus on music pursuits in another type of fray. Joined by drummer Micah Thor and bassist Brian Gruidl, So It Goes has quickly gone from opening act to one of hot new acts coming out of Minneapolis. So It Goes is playing locally and plans to hit the road in support of HISTORIONICS in late 2006. The band has signed with Vitriol Independent Promotions (Muse, Tapes 'n Tapes) for a national radio push later this fall.

Here's what you say about
So It Goes - Historionics.