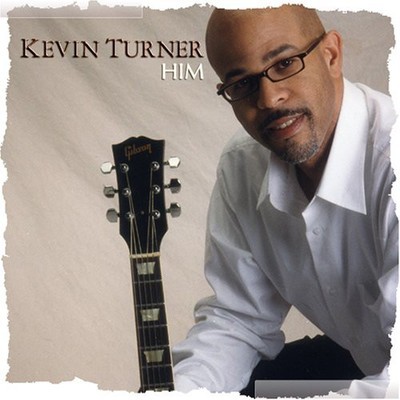 Kevin began playing the guitar at the age of 9. The day he was given his first guitar (Christmas of 1970), he joined the neighborhood funk band. Soon after, his dad began taking him to weekly music lessons. He studied guitar, music theory and jazz improvisation. At the same time he was learning Jimmy Hendrix, Kool and the Gang, Santana, The Ohio Players, Sly and the Family Stone and other popular music with the neighborhood musicians. Influenced by his dad, he became interested in Wes Montgomery, Kenny Burrell, Grant Green and Pat Martino. Despite being teased by his 'funk' band members, Kevin intensely pursued his studies in jazz. Later, he formed his own pop music bands in the basement of his dad's house where he and his friends would rehearse daily. At the age of 15, he began attending the local jam session (Taj Mahal) sitting in with the professionals. During his first year at Fort Hayes Performing Arts High School (in Columbus, Ohio), he was hired as a member of the Hank Marr Trio. Hank was Kevin's teacher at the performing arts high school. While attending high school, he was recognized as an outstanding musician with a bright future on a front-page feature article of the Columbus Dispatch. This was the start of his professional career. In 1984, Kevin's professional career got a boost when he toured and recorded with the legendary Ray Charles. Over the years, Kevin has performed and/or recorded with many artists, including: Jimmy Smith, Charles Earland, Melvin Rhyne, Hank Crawford, George Coleman, Cissy Houston, Sammy Davis Jr., Ella Fitzgerald (Columbus Symphony Pops), Jack McDuff, Eric Gale, Bobby Alston, Hank Marr, Gene Walker, Rusty Bryant, Bobby Pierce, Gary Carney, Jeane Carne, George Howard, Kim Pensyl, Vince Andrews, Bobby Floyd, Keith Dobbins and the Resurrection Mass Choir, Richard Smallwood (Columbus Symphony Pops), Destiny's Child, Pharez Whitted, the Winans, Ben Tankard, Dennis Chambers, Bill Summers, Teri Lyn Carrington, Nick Smith and Sekou Bunch. After many years of performing, Kevin started teaching at the Fort Hayes Performing Arts High School and on the faculty at The Ohio State University in Jazz Studies. Two years later, he married and moved to Champaign, Illinois where his wife, Cynthia, currently serves as a faculty member and assistant director of the undergraduate program in accountancy at the University of Illinois at Urbana-Champaign. Kevin holds a bachelor's degree in Jazz Studies- Performance from The Ohio State University (1985) and a master's degree in Music Education from the University of Illinois at Urbana-Champaign (1998). He taught jazz guitar and jazz bass at the University of Illinois while earning his master's degree. Since 1995, Kevin and his wife, Cynthia, have owned and operated a private project recording studio, J2 Studio, in Champaign, IL, and they also own and operate a music production company, Marina Park Music, and record label, SeeSon Records. Kevin continues to perform with various recording artists across the country. Currently he can be seen with Kirk Whalum. He also teaches elementary, middle and high school orchestra. In addition to producing and writing music, Kevin enjoys playing bass with his wife (pianist) at their local church, but considers his greatest joy to be that of raising his two young sons, Julien and Justen. Kevin also has an adult daughter, Kia.

Here's what you say about
Kevin Turner - Him.