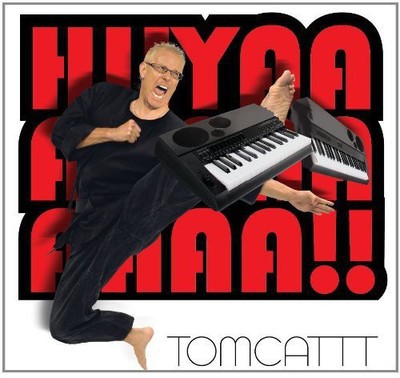 Thomas Patton (Tomcattt), a middle child of three brothers, proudly Canadian, born and raised in Toronto, Ontario. A baby boomer who's parents were heavily influenced by the big band era and the smooth vocal sounds of Frank Sinatra, Dean Martin, Nat King Cole, Al Martino and other similar greats. Privileged to be from a loving family, Thomas was heavily influenced by his older brother, a gifted musician who never left a friendly gathering without a rendition of top 40 Beatles, Tommy James and the Shondells, Frankie Valli and the Four Seasons, Eagles, Creedence Clearwater Revival, The Guess Who - the list was endless. Despite indulging in the usual late 70's secondary school high-jinks and distractions, Thomas maintained focus with a stint on baritone sax in the A.Y. Jackson stage band (Alma Mater); later he found alto sax in the short lived funk bank Pegasus II and then harmonica at Western University in London, Ontario. In the late 80's and throughout the 90's, music took a back seat to a Federal Public Service career and a personal commitment to excel at natural bodybuilding. Competitive by nature and from a family of gifted athletes, Thomas found peace of mind through competitive curling, golf, skiing and Canada's passion adult hockey. Come the fall of 2007, Thomas found himself plagued with conjugal problems compounded by a classic mid life crisis; however, it was the good advices of a great friend that reconnected him with music in a big way. With a clear need for a creative release to temper emotion, the suggestion was made to rent a keyboard for a month. Following that simple suggestion opened up a whole new world for Thomas as the keyboard allowed him to quickly rediscover his own voice. While trying to deal with the emotive guilt that accompanied his marital breakdown, Thomas stumbled on his creative need to write music with his theraputic first song 'The Hurt'. In fact, the lyrical content of the 12 songs that followed, now part of Thomas's debut CD entitled: 'Hiiyaaaaaaaaaaa', is a living testament and pure emotive reaction that followed leaving love, finding a new love only to lose love once again. Thomas credits his mother with his stage persona 'Tomcattt' for she was big on nick names for those she held closest to her heart. Tomcattt's music is best described as easy listening, sometimes retro, yet with a contemporary feel. Accompanied by the creative tracks of a number of gifted musicians, Hiiyaaaaaaaaaaa inspires imagination and finds a way to impress with a unique vocal sound, compelling harmony and gripping melody. Come June 1st, 2013, watch for the CD Hiiyaaaaaaaaaaa via cdbaby and in all your digital retailers iTunes, Amazon, Spotify (etc).