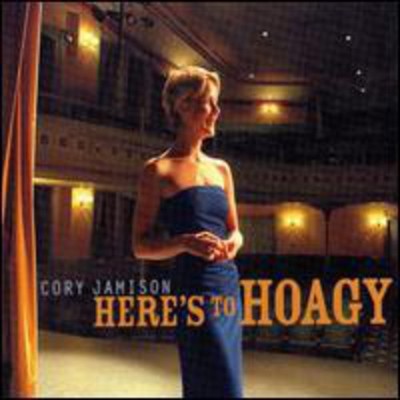 Jamison is best known for her critically acclaimed interpretations of Hoagy Carmichael's music. Her popular Carmichael tribute, Star Dust Melodies, has been extended numerous times at Toulouse on the Park, Chicago's premier cabaret room, and was called 'A masterful homage to Hoagy' by Howard Reich of the Chicago Tribune. Jamison is currently taking Star Dust Melodies on a national tour which began at New York's Eighty-Eight's cabaret club and continues nationally through 2000. As the leading interpreter of Carmichael's music, Jamison was the featured Carmichael performer at the 1999 Chicago Jazz Festival with Dick Sudhalter, the Bloomington Pops Carmichael Celebration Concert with Randy Carmichael, and the Chicago Humanities Festival Carmichael Centennial event with Hoagy Bix Carmichael. Further documenting her passion for Hoagy's music, Jamison has recently released a CD tribute, Here's to Hoagy, with accompanist and musical director Dan Stetzel. According to the Chicago Tribune's CD review, 'If the centennial of Hoagy Carmichael is going to inspire just one new recording, then this release deserves to be it.' The CD is available nationally through LML Music. In addition to her Carmichael centennial performances, Jamison is known for her tributes to Johnny Mercer, June Christy, and most recently, Noel Coward. She joined Patricia Morrison, Steve Ross, Barry Day, Robert Kimball, and Billy Stritch in the Chicago Humanities Festival's Noel Coward tribute in November and is performing another Coward tribute in December at The Player's Club in New York City. This past October, Jamison was a featured performer at the Mabel Mercer Foundation's Tenth Annual Cabaret Convention in New York City, where she was specially selected to perform as part of an evening honoring the 75th birthday of cabaret legend, Julie Wilson. In addition to her cabaret talents, Jamison has numerous theatre credits. In Chicago she performed the roles of Ariel and Belle in Disney's production of A Hercules Spectacular at The Chicago Theatre. Nationally, she has appeared as Babe in The Pajama Game and in The Best Little Whorehouse In Texas. Cory Jamison is a graduate of Indiana University and a 1998 Eugene O'Neill Cabaret Symposium fellow.

Here's what you say about
Cory Jamison - Here's to Hoagy.