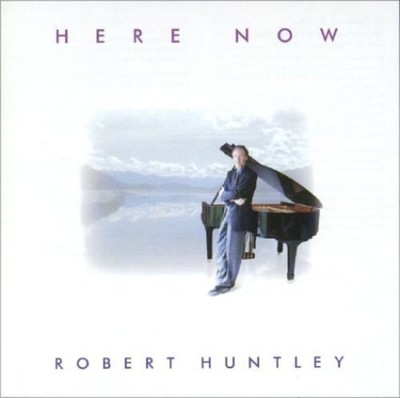 This talented pianist has been writing and playing some of the most beautiful piano music anywhere since 1987. A performer as well as composer and producer, his smooth and expressive light-jazz piano style was polished through playing many years as one of Nordstrom's premier staff pianists at the Mall of America in Minnesota. Robert has recorded four albums of original music: 'The Happy Fool' (1989), 'alone/not alone' (1991), 'Duet' (1993), and 'Here Now' (2004). Robert Huntley began piano lessons at age six as a child growing up in Ohio. At age twelve his family moved to southwest Virginia; in ninth grade he began his musical career playing guitar in a teen band. He soon switched to organ and through high school played with 'Little Soul and the Blue Fever' at teen dances and proms around southwest Virginia, hauling a Hammond organ and Leslie cabinet in his '59 Chevy panel van. After college and a career as a professional photographer in Atlanta in the late 70's, music came to the fore once again. Robert studied jazz piano in Atlanta with Ted Howe, a former instructor at the Berklee School of Music in Boston, learning jazz voicings and harmonies that are the basis of his piano technique today. Robert began composing original music around 1987. Musical influences were jazz pianists Bill Evans and Michel Petrucciani, new pianists George Winston and Jim Chappell, and a wide variety of other music ranging from popular songwriters like James Taylor, to classical music by Chopin, Bach, and Mozart. He recorded and released his first album, 'The Happy Fool,' on JustBe Music in 1989. A classic new-age release, it features heartfelt piano performances with strings. In May 1990 Robert moved to the Minneapolis area from Atlanta and began playing jazz and popular piano music for private parties and as staff pianist at Nordstrom at the Mall of America. In 1991 he released his second album, 'alone/not alone.' This album displays more of Robert's jazz leanings, with a mix of upbeat light-jazz group tunes and evocative solo piano works. His third release in December 1993, 'Duet,' features solo piano pieces dealing with dualities of love and life, and our relationship with divine spirit. Beautifully recorded at Prince's Paisley Park studios, it shows a remarkable depth of feeling and musicianship, bridging between jazz, new-age, and classical. A player's injury threatened to end Robert's career shortly after the release of 'Duet.' While playing at Nordstrom, he suffered nerve damage in his right hand. With conventional medicine unable to help, he gave up piano completely for six months and pursued alternative health care. Fortunately after several years of rehabilitation, Robert recovered and returned to Nordstrom for several more years. His latest release from JustBe Music in February 2004 is 'Here Now,' a striking blend of energetic light-jazz group tunes and contemplative solo piano pieces. Besides stellar piano and keyboard work by Robert, Here Now includes stand-out vocal performances by Louis Cruz, Eva Sklar, and Carolyn Walsh, and great jazz performances by guitarists Rodney Jones and Don Strong, Gordy Knudtson on drums, and Schroder Smith on sax. Robert Huntley's upbeat melodic compositions have a depth of feeling and expression seldom heard. His songs are drawn from a broad variety of life's experiences, ups and downs, hopes and dreams. They uplift, entertain, and give us back the joy of life.

Here's what you say about
Robert Huntley - Here Now.