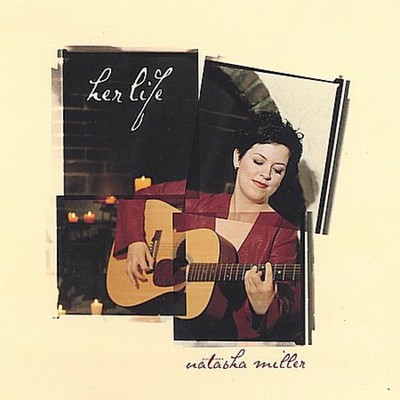 'A sensitive countrypolitan...songs tend toward the personal and heartfelt, but with enough kick to remind us of a sweeter, more wistful Lucinda Williams' -Kelly Vance, East Bay Express 2/27/02 '...melding the twang of country with folk, jazz and pop sensibility that recalls a variety of performers: the Indigo Girls, Ricki Lee Jones, Sheryl Crowe or Janis Ian'. 'The ghostly voices and raw emotion are devastatingly authentic' - Julia Park, editor-Alameda Sun 3/1/02 'just magic...an unusual talent' 'this girl is on her way to picking up a Grammy' 'What a lovely CD. What a talented lady and so brave to write and sing so personally about life as she does. In the era of Britney Spears I am heartened that a woman will still do lyrics and melodies as art, really. I guess there as still a lot of real music going on out there.' - fan from West Virginia With a background as a classical violinist and a jazz singer, and an obsession for crafting 'non-pop' pop songs, Natasha creates a body of music that is both lyrical and evocative. Her songs combine strong melodies with introspective lyrics and are driven by a definite, compelling rhythm. Hers is a style that blends pop, jazz, folk, and country into a genre all it's own-one she refers to as pop fusion. Listen to her songs and you will hear a story that is almost always both heartwarming and heart wrenching, soulful, provocative, clever, and sensuous. You immediately detect in the richness of her language the passage of time and her sense of life's underlying ironies. At times you are reminded of the influences of Shawn Colvin, Sting, and Rickie Lee Jones. Natasha has appeared all over the San Francisco Bay Area-in clubs and highly-sought-after venues. She has performed at private events honoring public elected officials and artists of national acclaim and has worked with esteemed musicians of many disciplines. She received a prestigious invitation to sing at the Kennedy Center in Washington, D.C in 2001. Her band is made up of Bay Area first-rate musicians; Jon Evans on bass (Tori Amos), Michael Bluestein on piano and organ (Jaqui Naylor, Shelby Lynn), Geoff Pearlman on guitar (Shelby Lynn), Dan Foltz on drums (Linda Perry), Matt Brubeck on cello (Sheryl Crow). Natasha's debut CD 'Her Life' will be released on March 2, 2002 on Poignant Records. Natasha writes all of her material, plays the acoustic guitar, violin, piano and sings. On occasion, members of her string ensemble, The Sapphire String Quartet, as well as guest musicians from her jazz ensemble join her in the studio and on stage. Natasha heads a music production company, Entire Productions, which currently presents two concert series. Women to Watch features the best women-fronted bands and female solo acoustic acts in the United States, and First Saturdays In Alameda showcases artists from all over the world in a program of monthly acoustic concerts in Alameda, California. The concerts have been standing room only and a portion of the proceeds from these concerts are donated to support music in public schools. Affiliations: Indiegrrl ^ NARAS ^ ASCAP ^ DivaBands.

Here's what you say about
Natasha Miller - Her Life.