Guiltless Cult - Help Me Out 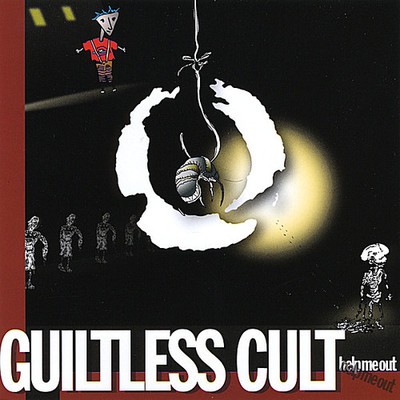 Guiltless Cult is the brainchild of Tennessee-via-New York songwriter Terry McClain. The music is a fusion of '90s alternative, '70s hard rock and '80s melodic punk-upbeat, sometimes very heavy, and catchy as hell. Think Foo Fighters, Lenny Kravitz, Frank Black, Bad Brains, Nirvana. Think good stuff. Help Me Out, the debut release from Guiltless Cult, was made in the Spring of 2006. Drums were recorded by area engineer (and guitar whiz) Frank Moscowitz in one seven-hour session on a Sunday in March; the remainder of the tracks were laid down at McClain's apartment over the following month or so, whenever the third-shifter next door wasn't trying to get some sleep. McClain sang practically everything, and played most of the guitars and keyboards, most bass guitar and was responsible for the shape of several of Guiltless Cult's songs through spontaneous improv sessions at the Lark Tavern's weekly open-mic night. Musician-about-town John Brodeur (of the Suggestions, among other projects) played drums, percussion, a few guitars, the Suzuki Omnichord II (listen for it on the album's title track), and sang a few bars. Moscowitz pitched in with some bass and guitars (including the entrancing acoustic intro to "Supernatural Sun" and a few key slide-guitar lines). Charmboy front-man Eric Halder was called in for a few of the more daring electric-lead passages. Area guitarist/bassist Chris Neuhaus plays bass in the live band, and has played with numerous local greats including percussion legend Ed Mann (Frank Zappa). The record was mixed by McClain with help from Moscowitz, and mastered at Sony Studios in New York City by Pablo Arraya. The result is a powerful statement by an excellent new rock act. Greg Haymes of the Times Union calls Help Me Out a "baker's dozen sharp, hook-filled original tunes that range from the slinky 'The Straw That Raped the Camel' to the boisterously heavy stomp of 'Heave Ho.'" -Voted one of the best local CD's of 2006 by the Times Union.

Here's what you say about
Guiltless Cult - Help Me Out.