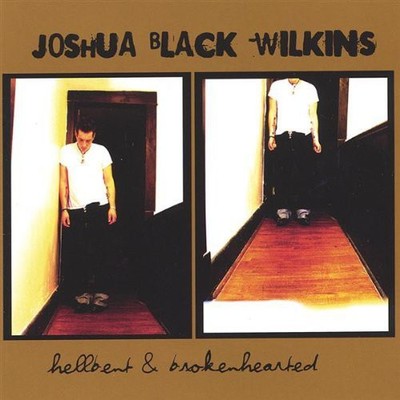 Joshua Black Wilkins artist bio Nashville's Alt. Country Bastard Sprawling From East Nashville, Joshua Black Wilkins blend of American music is helping define the new 'alternative country' sound. Taking influences from across all genres of American music, his new album, Hellbent & brokenhearted showcases not only the sounds of Nashville's 'lower Broadway' but more diverse instrumentation and song structures. Written with an acoustic solo record in mind, the songs are well grouped to shape the description of it's title. Using members (or former members) of bands like Agent Orange, Tarbox Ramblers, Rosie Flores' band, Bad Livers, Hank III and the Camaros, the musicians are challenged to Create a new sound for Joshua, and make it authentic. With the help of bass player Scott McEwen as producer, they have. Both intimate and moving at times, and forceful and cruel at other times, the record bridges Joshua's solo performances with the intense power of his band on stage. With little left to the imagination in his songwriting, his lyrics go straight for the throat. Released on Angryson Records in September, 2004, this record has gained local and national attention even before it's release. Early copies had been sent to venues throughout America and have received rave responses from unexpected listeners. Going over as well with young punk and emo fans as it does with traditional country and Americana listeners, Hellbent & Brokenhearted is certainly a CD you will want in your collection, no matter what else it might be stacked next to. Only 26, Joshua's songs have matured greatly in the recent years. From his first band CD in 2000, Blackboots and a Suitcase to this one, any fan can tell you the direction he is going, and will continue to lead. Joshua will be touring for Hellbent & Brokenhearted starting in the fall of 2004 and throughout 2005, also leading the pack in independent, American music.

Here's what you say about
Mercury Radio Theater - Hellbent & Brokenhearted.