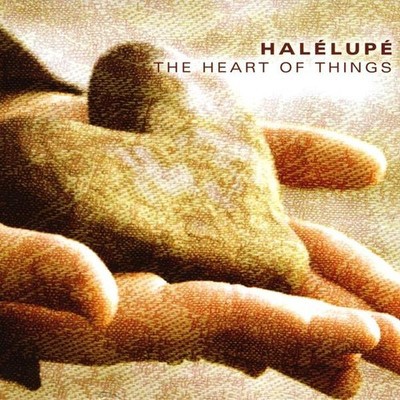 HaleLupe grew up in a family where everyone played an instrument - there was always music to play, sing or dance to - shaping the way she experiences the world. HaleLupe grew up in Portland, Oregon and moved to NYC where she lived for many years, as a modern dancer, musician, performance artist and Buddhist practitioner. After returning to Portland in the 90's she began to reach out musically, playing in two bands, The Rainmakers and Flying Leap. Inspired to grow in her own direction, she began to focus on her own music and flourished creatively, finding her voice and her natural musical genre. HaleLupe plays inspired contemporary folk that speaks to the heart of things. A finalist for the 2008 Portland Songwriters Association Performing Artist of the Year, her original music is known for engaging melodies, hooks and grooves that command the listener's attention. With her lyrics, HaleLupe takes listeners into the quiet places of the heart and the joy of rocking out and singing together. HaleLupe is a relative newcomer to the Portland music scene, but has built a substantial loyal following of those who enjoy her love of music, her authenticity, and her ability to connect with and touch people deeply in live performances. HaleLupe's latest album, "The Heart of Things", was skillfully produced by leading Portland producer Rob Stroup of 8-Ball Studios. Stroup has taken HaleLupe's songs and woven a rich complex sound that swoons, swings and rocks. With an outstanding cast of musicians from the cream of Portland's music scene, including the talented musicianship of Tim Ellis (lead guitar), Jean Pierre Garau (keyboards), Arthur Parker & Matt Voth (bass), Drew Shoals (drums), Ezra Holbrook (drums), Gretchen Mitchell (backup vocals), Chris Robley (guitar and accordion) and Rob Stroup (back up vocals and percussion), this album rocks! With songwriting influences like Patty Larkin, Shawn Colvin, Jonatha Brooke and Bob Dylan, and with vocal influences like Eva Cassidy, Bonnie Raitt & Stevie Nicks, HaleLupe's music is filled with lyrics, rhythms & melodies that draw from deep musical roots. HaleLupe has been compared to Lucy Kaplanski and Carol King.

Here's what you say about
Halelupa - Heart of Things.