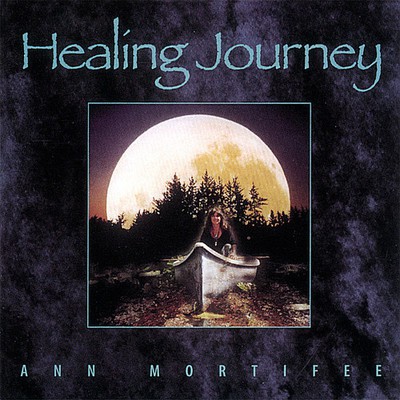 ANN MORTIFEE Ann Mortifee, with her extraordinary four-octave voice, is internationally recognized as one of Canada's most unique and passionate performing artists. Her albums, musicals, ballets, one-woman shows, workshops and keynote addresses have won her, many awards, among others the prestigious Order of Canada. She has travelled the world, worked with the dying, spent time with the head Sangoma of the Zulu Nation, and worked in Calcutta with Mother Teresa's Sisters of Mercy, to name just a few of her adventures. Ann has performed with Harry Belafonte, Michel Legrande, John Denver, Ramsey Lewis, Hagood Hardy, Bobby McFerrin, Chief Dan George and Paul Horn, as well as solo in concert halls throughout North America and Europe. She has sung evenings of her works with symphony orchestras across the continent. Ann has written several full-length musicals that have been performed in theatres across Canada and in New York. She has composed several ballet scores, including the award winning, The Ecstasy of Rita Joe, for the Royal Winnipeg Ballet. She was commissioned and composed a children's opera for the Canadian Opera Company. Her extraordinary One Woman Shows offer a dramatic evening in story, poetry and song as part of a theatre's regular season or in cross country tours. She is known as an inspirational speaker in such areas as hospice and palliative care; woman's issues; the environment; human rights; and the use of creativity in health and healing. She has facilitated workshops for Artists, New Age Healing Centres, Women's Festivals, Hospice and Palliative Care Facilities and Conferences, in many places throughout Europe and North America. A truly versatile artist, Ann has been considered to be on the edge of several different styles of music: Jazz, world, folk, pop and even classical. It is almost impossible to classify her style. She has been compared to Cleo Lane, Barbara Streisand, Edith Piaf, Ella Fitzgerald, Jacque Brel, but she always defies description. IN PERSON 'New your audiences, the veteran Broadway producer was saying, never - but never give standing ovations But here last weekend, a New York audience gave Vancouver singer Ann Mortifee not one, but six standing ovations: one for every son she sand in the new off-Broadway production of Jacque Brel Is Alive and Well and Living In Paris." (Vancouver Sun) "She touches her guitar and Makes music, and the voice reaches out touches your soul with a richness and a magic that is unmistakable Mortifee ... an artist and perfectionist whose honesty and humour is as mush a part of her as her natural Beauty. (Leisure Magazine) "She somehow becomes quintessential woman, the embodiment of frailty and indomitable courage. On a purely instinctive, gut-communication level, it is impossible not to respond to what she has to say. " (Vancouver Sun) "First of all, there is the marvellous instrument of her voice. Secondly, and most important of all, she has the ability to communicate feelings and emotions that go far beyond anything as mundane as words and a good turn of phrase. Ann Moritfee sings with her entire self." (Vancouver Province) 'She is a dark lark with a far away look of mischief in her eyes. Ann Mortifee is quite a discovery." (Clive Barnes, NY Times) "Her most ardent admirers - and she has quite a few - suggest her voice floats somewhere between melody, harmony, and instrumentation." (The Music Scene, BMI) "One sure thing about Ann. She's some kind of barometer of what's talent and what is likely to succeed. The talent is there beyond question." (The Columbian) ON RECORD 'She can sing, and her voice can reach almost any note. She can teach her listeners words they won't forget. She can do almost anything on the album, but be bad." (Saskatoon Star-Phoenix) 'There really is no limit to the accolades that can be dealt about her singing. You can sit in awe of her prowess in this area, but just imagine how other performers might feel. If they do not writhe with tan inkling of envy, they may feel downright disheartened. Mortifee can sing that well." (Kingston Whig-Standard) "During the session (at Abbey Road Studios, London) she finished a particularly difficult number and the entire studio orchestra set down their instruments and stood up to applaud her. That sort of thing isn't supposed to happen." (The Vancouver Sun) "With a voice of fragile crystal, Vancouver's ANN MORTIFEE enthrals the listener from beginning to end on her first solo album, appropriately called Baptism." (Oakville Journal Record; Burlington Gazette)

Here's what you say about
Ann Mortifee - Healing Journey.