Corky Hale - Have Yourself a Jazzy Little Christmas 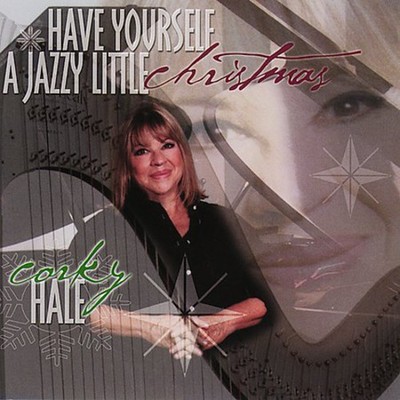 ABOUT CORKY HALE Who else was born in a small midwestern farm town and at seven years of age had her first job, playing piano with the Horace Heidt band? Is there any other musician who has played harp with Liberace; piano with Billie Holiday and Mel Torme; sang with the bands of Harry James, Ray Anthony, and Jerry Gray; owned the most successful clothing store in Hollywood for 17 years; owned "Corky's," a popular restaurant on New York's East Side, and lived in Rome for three years appearing in a successful TV show Tempo di Jazz? How many other performers were invited to the White House to perform with Tony Bennett; soloed with Barbra Streisand in Central Park and the Hollywood Bowl; performed with Bjork on her MTV Special in London, George Michael at London's Royal Albert Hall and RFK Stadium, and country western star Mandy Barnett? We're talking about Corky Hale, considered to be one of the finest jazz harpists in the world. Her sold-out performances at the Oak Room at the Algonquin in New York, Davenport's in Chicago, the Cinegrill in Los Angeles, the Plush Room in San Francisco, and Pizza On The Park in London have led L.A. Times' jazz reviewer Don Heckman to observe that Corky is "More than a triple threat," and Philip Ellwood of the San Francisco Examiner noted her performance is "one of cyclonic proportions." Corky's harp, piano and vocals can be heard on her current CD "CORKY" on the GNP Crescendo label. Since 2000 Corky has produced and performed her star-studded show "Corky Hale and Friends: From Tin Pan Alley to Beverly Hills." at the Beverly Hills Civic Center. The series was such a success that she has taken it on the road throughout California. In March, 2003 her "Salute To Hollywood Songwriters" opened the newly restored Ferry Building at a gala for San Francisco's "Raising Hope" charity, and in 2002 her show opened the 25 Anniversary Season of the 1,000 seat La Mirada Theatre. Corky has also added theatrical production to her activities. In 2003, her show "Boulevard of Broken Dreams" broke box office records at the Coconut Grove Playhouse in Florida. In 2000 she was the associate producer of the hit show "Fully Committed" at the Coronet Theatre in Hollywood. She also produced three other hits'' 1998's "Lullaby Of Broadway" at the Tiffany, one of the L.A. Times "10 Best Shows", a concert version of the show starring Sally Kellerman, and "Give em Hell Harry," starring Jason Alexander. She is now a partner in Solare Restaurant (formerly Em Bistro) in Los Angeles. Corky's Jazz Room, adjacent to the restaurant, features weekly jazz artists, and Corky performs there several nights a month.

Here's what you say about
Corky Hale - Have Yourself a Jazzy Little Christmas.