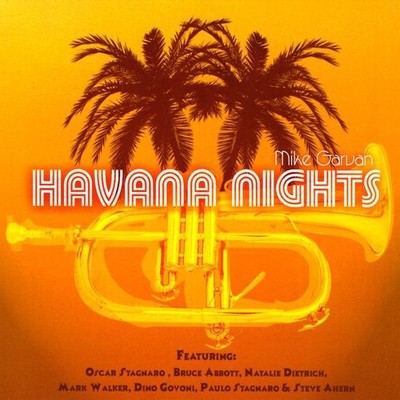 Mike was born into a musical family in Hartford, CT. His mom was a graduate of Hart School of Music, a pianist and vocalist. When asked what he played, his father answered, "The radio." Already studying piano in grade school, Mike was transfixed when the school acquired a small spinet electronic organ. At home he would position a small chair under the piano and pretend the back slats were organ pedals. His parents lavished him with a Baldwin spinet organ of their own in Grade 5. His piano teacher assigned several pieces for the yearly recital, but when she heard his organ playing, she turned him loose on a medley of Broadway hits and Mike got his first taste of audience approval. In middle school Mike took up organ study in earnest, hoping to one day become a church organist and choir master. His idols included Virgil Fox and, who else? Bach. Between lessons, he was scheduled for practice in the church twice a week. The instrument was a massive five manual Skinner. He was given to practicing outside the liturgical repertoire and was sternly reprimanded, though diplomatically, for playing excerpts from the Richard Rodgers score to Victory At Sea. Then came a sea change in the form of Oscar Peterson. At first hearing "On Green Dolphin St." it was "So long, organ, hello jazz piano." "It was like the maneuver described by Tom Clancy in 'Hunt For Red October' where the Russian submarine makes a 'Crazy Ivan,' an abrupt 180 degree turn, " Mike says. "It was that sudden." Along with his pursuit of jazz, Mike spent his high school years playing organ in The Proteges, a rock band that played the South Florida circuit of Miami, Ft. Lauderdale and West Palm. Mike completed undergraduate study at Boston University and a master's degree two years later at Harvard. He became a founding member of the Boston Jazz Quartet and enjoyed years of gigs and recording, contributing original compositions to the band's repertoire. In 1974 Mike was hired as pianist at the Christopher Ryder House on Cape Cod. The program ran from June to September offering top flight musical revues and non-stop music between shows. What's it like to gig 97+ nights straight? "By September I was a total Zombie," Mike says. In 1979 Mike joined forces with BJQ bassist Ron Ormsby in operating Cape Cod's preeminent jazz nightclub, The Columns. Featured artists included Teddy Wilson, Dave McKenna, Red Norvo, Dick Johnson, Gray Sergeant, Maynard Ferguson and others. It was there Mike met saxophonist Ted Casher who fronted the regular Thursday night ensemble, The Opec Jazz Quartet. Ted became famous for penning a paean to rising gas prices. To wit: "The price of gasoline went up to ninety-seven/ and Rockefeller and J. Paul Getty were dancin' 'round in Heaven!" Mike joined Ted's quintet and in 1981 produced the album, "Movin' Back" that included several of his compositions. The group was featured on WGBH in Boston and spent the next three years touring. Work in the R&B domain beckoned and Mike joined the Jim Miller Project, a seven piece horn band that worked the circuit along with Roomfull of Blues, Heavy Metal Horns and the Fat City Band. "The work was enormously fulfilling, not to mention the physical workout of doing five and six set-ups every week," Mike says. The era of midi had arrived and Mike enjoyed a stack of keyboards reminiscent of his days at the pipe organ. "That was really great training. The Skinner had coupling stops that joined manuals and pedals in whatever combination you wanted: strings and horns at your fingertips." Since his horn band days, Mike has concentrated on recording and playing solo at such Cape Cod landmarks as Chatham Bars Inn and the Wayside. He provides private instruction and consultation services on line.

Here's what you say about
Mike Garvan - Havana Nights.