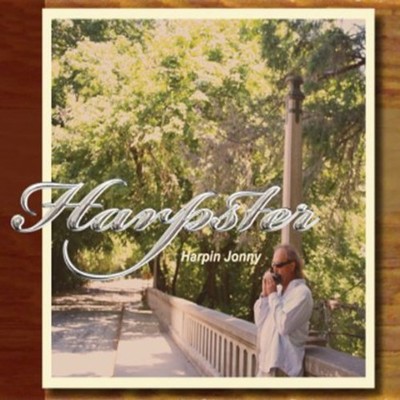 A few years ago on KPIG's Sunday morning show, 'Please Stand By,' one of the sponsors was Antolini's Masonry and Landscape Supply. The ads for this local business featured snappy harmonica instrumentals with the singing and voice-overs of Harpin' Jonny, the owner. Eventually the business closed, but Jonny's talent shone through and his ads are memorable to this day. His ability for composing and playing jingles has given him one of his many ideas for future musical pursuits. He now teaches and carefully picks and chooses his bookings. This is one reason why this Saturday's show at Don Quixote's in Felton is so special. Harpin' Jonny Troutner takes pride in being a versatile harmonica player. Just hearing him perform makes that obvious. He plays country, blues and rock with a talent and tastefulness not often found in the playing of other harmonica players. On Saturday Jonny celebrates the release of his new CD, ' Harpster,' performing a variety of musical styles with the cream of the crop of local musicians. A duet set with Peter Clark, formerly of the Louis & Clark Expedition, will begin the musical evening. Peter is a remarkable finger-style guitarist who only performs occasionally, so this will be a rare treat. On the new CD their duet of 'Over the Rainbow' receives a lovely treatment with Peter accompanying Jonny's chromatic harmonica licks. Jonny will then do sets with the Larry Hosford Band, the Groovehounds and his own band the Primadons, which consists of guitarist Ken Kraft, bassist and singer Craig Owens, drummer/percussionist Jim Norris and of course Jonny. On the recording Bob O'Neill sings and plays lead guitar on the song 'Tumbleweed.' He also has performed for many years with the Primadons, which are known as the Messiahs when he plays with them. Also featured on this track are percussionist Gary Kehoe alias 'Brushes Bolero', Owens on bass and background vocals and drummer Norris. Kraft adds some tasty slide guitar highlights. Other highlights on ' Harpster' are Jonny's tribute to the late Norton Buffalo, 'Puerto De Azul,' which includes Jonny's heartfelt spoken word introduction. Larry Hosford sings lead on the great Hank Garland song, 'Sugarfoot Rag' and on the Victor Phillips song, 'One More Jack Daniels,' once again demonstrating his command and authenticity as a country singer. He also does a knockout version of Neil Diamond's 'Solitary Man.' Pedal steel guitarist Charlie Wallace collaborated with Jonny on the arrangement of 'Sugarfoot Rag.' Jonny does a nice instrumental called 'Django-Jericho,' along with Peter Clark on guitar and Jamey DeMaria on cardboard box. Craig Owens sings lead and plays bass on 'Random Acts of Kindness,' a song he brought to the Primadons and which has become their 'rock anthem.' This CD offers material from a wide variety of sources '' from blues to country to pop standards. And then, there are Jonny's instrumentals and the massive talents of all the musicians contributing to this recording and to this evening of incredible music. Through it all Jonny plays in a reserved and collaborative manner, careful never to step on anyone's vocals or instrumentals, just shining in the right spots. Jonny Troutner (a.k.a. Harpin' Jonny) has been playing harmonica in Santa Cruz since 1992. "It was a character I created to publicize my previous business, Antolini Masonry and Landscape Supplies," Troutner explains. "You might have heard the catchy jingles on KPIG." The gifted harpist has accompanied dozens of local musicians for several decades and has a laid-back disposition that could have been Jeff Bridges' inspiration for The Dude in The Big Lebowski. The name "Harpin' Jonny" comes from the fact that Troutner "always had to lend the other guys money and give them rides to the gigs," he says slyly. Troutner recalls the early days, "I started off playing with Stormin' Norman and the Cyclones. That band featured Norman Lewis, a couple of the Doobie Brothers and Ken Kraft from Snail. We played The Crow's Nest, 41st Street Yard Line in Soquel, and the Windjammer in Aptos." In 1994, he formed The Primadons, and later joined up with country mavericks The Larry Hosford Band. His ability to play country, blues and soaring rock interchangeably was showcased on Harpin' Around, released in 2000. "I have a good ear that likes to fill in and play solo parts," he says. Though initially fearful of being the lead singer, Troutner found new confidence with Harpin' Jonny and the Groovehounds. "The band was formerly the rhythm section (keyboard, drum, and bass) of Red Beans and Rice from Monterey," he says. From jamming with Robert Earl Keen, Tom Snider and Paul Thorn, to opening for The Tubes and Sons of Champlin at The Catalyst, Troutner has appeared on more than 30 local recordings. To mark the release of his newest effort, Harpster, the man of many hats will perform with several of his past collaborators-including The Primadons, The Groovehounds, Larry Hosford Band, and Peter Clark-at Don Quixote's this Saturday. ^ DNA ________________________________________.

Here's what you say about
Harpin' Jonny - Harpster.