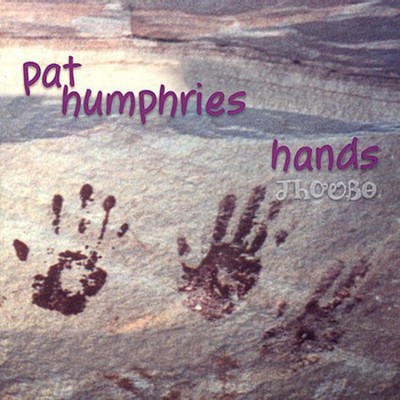 Miracles DO happen! Although singer-songwriter and musical activist Pat Humphries created a stir in the folk world with her first album, 1992's 'Same Rain,' it took nine years before the release of 'Hands,' it's follow-up. Then, more than a year after 'Hands'' January 2001 release, the CD suddenly spent three days as the best-selling CD for Amazon.com, the Internet's most frequented music store. What triggered the rush of sales was a feature on National Public Radio's 'All Things Considered' about Pat's composition, 'Swimming to the Other Side,' which first appeared on her debut and then in a re-recorded version (broadcast by NPR) on 'Hands.' This song of hope and determination had become, like Pat's 'Common Thread' and 'Never Turning Back,' a ubiquitous folk anthem sung at peace and social justice rallies and demonstrations around the world and was translated into seven languages. Pat Humphries was no longer a secret in her homeland. No less an authority than Pete Seeger called Pat's songs 'some of the best I've heard in 50 years,' and the material on 'Hands' validates Pete's praise. 'No Sweat' and 'Cold Cup of Water' respectively examine the plight of workers in Third World sweat shops and migrant workers here in the States. Social issues of gay and straight parenting are addressed in 'I'll Be There' and 'People Love'; women's rights are the subject of Pat's cover versions of 'Bread & Roses' and 'We Were There.' Pat wrote 'Bound for Freedom' for a celebration of Dr. Martin Luther King Jr.'s birthday and bears the central message, 'We are one and we are all.' The CD's pro-labor title track was written but never released by Phil Ochs before his 1976 suicide. These rallying cries of optimism and activism are sung warmly and without affectation by Pat, who also plays guitar on most tracks. She is accompanied by the 'world music' pioneer David Amram (woodwinds, percussion), renowned fiddler Jay Ungar, the stirring backing vocals of veteran folk duo Kim and Reggie Harris; the CD's producer, Abby Newton, contributes cello to 'Swimming to the Other Side,' among other songs. Bio: Born in Ohio in 1960, Pat Humphries started singing around the same time she started talking, and began playing guitar when she received one as a gift on her ninth birthday. Her political commitment started soon after with the death of four students at nearby Kent State, which her sisters and friends attended, during a 1970 demonstration: 'It felt like it happened to me, to us! We all took it personally.' Pat toured nationally and internationally with two youth choruses in her teenage years and started performing in Cleveland clubs and coffeehouses, frequently as a rhythm guitarist in bluegrass, Irish and 'old-timey' bands. Her growing commitment to music compelled her to drop out of Kent State and work for the National Folk Festival. Pat composed her first original song at a songwriting workshop conducted by folksinger and labor organizer Si Kahn, who challenged his pupils to create a song immediately. Pat's fledgling effort, 'Never Turning Back,' was called 'one of the best songs I've heard in 50 years' by Pete Seeger. Pat has been writing and performing ever since, bringing her powerful, singable songs to clubs, coffeehouses, concert halls, festivals and political demonstrations around the country. She has traveled twice to Cuba as part of the Pastors for Peace Caravans and was part of a women's delegation to observe the 1996 Nicaraguan elections. She has also written music and become an advocate for migrant farm workers in New York State, the Refugee Women's Network in Atlanta, United Students Against Sweatshops and the School of the Americas Watch. The U.N. Fourth Conference on Women, held in Beijing in 1995, opened with 'Never Turning Back,' and 'Common Thread' has been chosen as the theme song of the NYC Labor Chorus. Pat has long been a part of an ongoing series of shows that started in 1986 to honor the songwriter and activist Phil Ochs. Pat currently performs with her partner, Sandy Opatow, who is also a vocalist, guitarist and songwriter. Pat and Sandy were in the process of moving to the Washington, DC, area from New York City when the events of September 11th, 2001, occurred. Since then, Pat and Sandy have been performing at concerts, teach-ins and rallies, including leading 10,000 people in New York City in singing their song 'Peace, Salaam, Shalom,' less than a month after September 11th. The duo's composition, 'If I Give Your Name,' which concerns the suffering of undocumented workers lost in the World Trade Center on 9/11, was named the 2002 Grand Prize Winner in the Folk Category of the prestigious John Lennon Songwriting Contest, one of 12 grand prize winners out of 24,000 entries.

Here's what you say about
Pat Humphries - Hands.