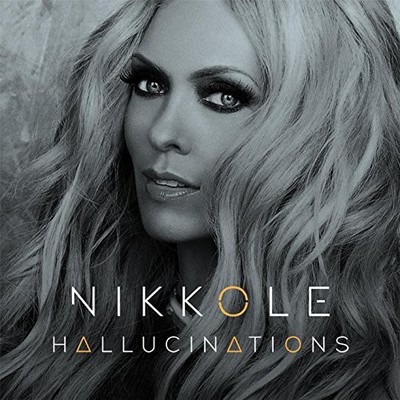 A clever blend of contemporary and throwback Pop sounds, saturated with unforgettable hooks, harmonious melodies, chest pounding rhythms and commanding vocal strength. This is the core of Nikkole and her fourth full-length studio album "Hallucinations". The Award winning and chart topping artist, has now fully established her Pop credentials with this release. A progressive, Pop-R&B album capable of wooing Pop and R&B fans alike in multiple demographics, "Hallucinations" is as pure, exciting, and emotional as it gets. The album has thick layers of electric and organic instrumentation, digital and analog properties complimented by catchy and strong vocals showcasing Nikkole's trademark style, and signature voice. The new record is in the "Sounds Like" category of Beyoncé, P!NK, Jennifer Lopez, and Sade. Sonically superior in every way, this record is tightly arranged and produced by multi-platinum British-Powerhouse Producer Derek Bramble (David Bowie, Faith Hill, Whitney Houston), mixed by Grammy Award-winning engineer Ted Greenberg (P!NK, Chaka Khan, The Cure), and mastered by Pete Doell of Universal Music Group. This set includes not only Nikkole's heartwarming songwriting, but also the incomparable songwriting skills of Lindy Robbins (One Direction, Selena Gomez, Demi Lovato). The video for the lead off single, "Gonna Get It Right" is directed by MTV Award-winning director, Ethan Lader (Robin Thicke, B.o.B., One Republic, Bruno Mars, Mariah Carey) and can be seen on MTV, VH1 and VEVO in addition to other outlets. "Gonna Get It Right" hit the ground running, making it's debut at #46 with a bullet on the Billboard Dance Chart. The tune has now cracked the Top 20, landing itself at #20 in it's sixth week on the charts. Nikkole's vocal capacity to belt out a heavy dose of authority for those fat and driving power chords and then take it down a few notches to offer some class and sensitivity to her approach and style gives the album a broad spectrum musically. Here is an LP that moves the soul and elevates the spirit within the listener. It is totally contagious. This is an album you will crave after the first listen. This is the genius of Nikkole's Hallucinations.

Here's what you say about
Nikkole - Hallucinations.