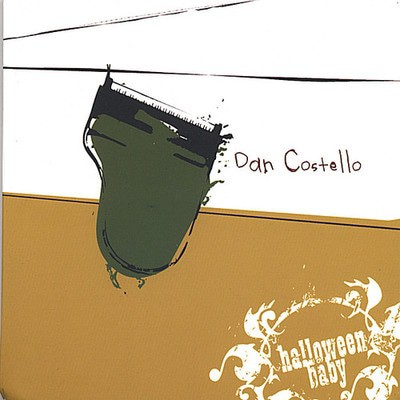 Dan Costello is ceaselessly spreading music for real people, one song at a time. In addition to frequent gigs, he is Lach's cohost at the Antihoot, NYC's biggest open mic. Dan quit his stupid office day job last year, and just released 'Halloween Baby', an independent album on his newly minted Pumpkin Guts label. Born on Halloween and a theatrical performer since the age of five, Dan's been all over the country in embarrassing costumes. Now Dan lives in Brooklyn and writes songs. He is not related to Elvis Costello but thanks you for asking. He is however related to Ethan Allen (of the Green Mountain Boys). Dan Costello's sound breaks all the musical molds. Merging the influences of Hip Hop, Folk, Rock, Jazz and Broadway, Dan refuses to be restricted to any particular genre, fashioning new sounds out of his eclectic influences. Through his politically active parents, Dan heard socially conscious music ranging from Woody Guthrie's Ballad of Sacco and Vanzetti to Pete Seeger and Phil Ochs at an early age. He was admittedly 'raised on Dylan.' By the time he was 12, he'd added N.W.A., Public Enemy and DMX to his catalogue. As an early teenager in a predominantly Black middle school, Dan began singing Gospel and playing Jazz saxophone and keyboard. He wrote his first song, 'Dan's Blues' for the All-City Orchestra in Albany, NY at the age of thirteen. Dan attended Syracuse University and quickly became the musician du jour. He produced a stage version of Pink Floyd's The Wall, created adaptations of The Who's Tommy and The Rocky Horror Show as well as composing his own song cycle (including the oft-performed Talking World War III Training Camp Blues and Simply Theoretical) in January 2003. Dan Costello - turning Woody Guthrie into a Hip Hop artist one borough at a time. PRESS: 'Dan Costello knows how to make an impression. Fusing folk and hip-hop, his unmistakable songs convey an unforgiving sense of the world, life, love, and getting arrested for hanging flyers on a lamppost. Straight-up!' - Dan Dipollito (Attention Driver) ABOUT 'HALLOWEEN BABY': 'What set Costello apart from the pack are his musical intelligence and the large record collection that fuels it. The man has obviously done his homework on what makes a record work. Costello juggles genres with the best of them: country, Broadway tunes, rap folk, roots pop, ragtime, it's all here. Lyrically, our hero wrestles with love, a stale pot habit, lucrative but constricting day jobs, and the Lorimer Jail (the classic cut gets the key second slot). Great rhymes, too ("I went to school, I smoked some Buddha/I researched Shakespeare on my compu-tah"). All the right production choices have been made by Ben Godwin; these aren't the kind of sounds that happen by accident. Mics have been placed thoughtfully, the drums sound fantastic, call-out choruses hit with effective impact and the mix is perfect. The song sequence sets a pace that never lags, the instrumentation is varied and the side musicians are aces.' --Ben Krieger, jezebelmusic.com.

Here's what you say about
Dan Costello - Halloween Baby.