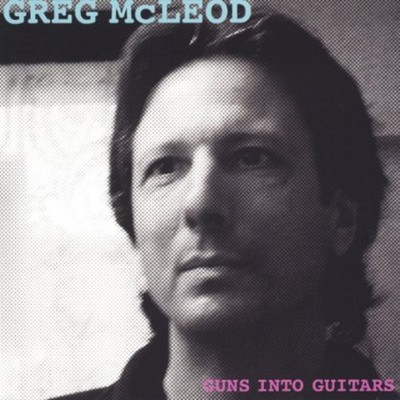 A native of Detroit, Michigan, Greg has lived in Florida, Germany and Italy and is currently based in Switzerland. His roots on two continents are reflected in his music, drawing from American and european basics to create a unique and very personal style. Eclectic, laid-back rock with flavours of folk and blues combined with high-end lyrics in the range of Bob Dylan and Leonard Cohen, it makes for more than just an easy-listening experience. This is music that will to unfold to you and keep you company for years to come. REVIEWS This Detroit-born singer songwriter isn't shy about conveying his political views and overriding anti-war stance, creating a blistering new twist on the 'Give Peace a Chance' idea via the electric guitar explosion behind his biting lyrics of the title track. But he balances his harsh and edgy views of the false gods of this world ('Caravan of Shadows', 'The Freedom's in Your Head') with kinder, gentler aspirations to think positive. 'Into the Blue' weaves a graceful, trippy hypnosis as it takes us to some transcendent place above it all, while 'Don't Let it Get To You' comes across as something of an earthy, alt-rock twist on 'We Shall Overcome'. In the midst, he softens even more on the wistful romantic ballad 'Hold Me', which implies that an intimate touch can block out the terror for just a moment. McLeod's strengths are more lyrical than melodic .... but in a long line of activist tradition that begins with the similarly challenged Bob Dylan, this is actually kind of cool. McLeod's is a musical viewpoint that demands to be heard. Jonathan Widran/allmusic Greg McLeod is a superior songwriter ..... his deadly earnestness makes this CD a keeper. Sharp as a razorblade lyrics on the title track says it all: Let's take a look at where we stand/here in the heart of God's own land/where paranoia rules/stoked up by scheming fools/with twisted minds and dirty hands. This album is chockfull of songs like this, McLeod even dedicates a song, 'Talk To Me', to George Bush, warning him about the hell he is causing around the world. It's crystal clear where Greg's heart is. I sensed a lot of Native American in this album, even though it's all guitars, drums and keyboards that is featured. For those who enjoy a good politically charged album, this is for you. And for me as well ...... recommended. Hereandthere .... obviously not the average slacker wailing away with an American accent .... he's unafraid to pen political songs, or to go further than the typical teen romance woes of the punk kids .... and he does have a soft side, as on 'Hold Me', a tender love song. Bill Ribas/NY rock street beat.

Here's what you say about
Greg McLeod - Guns Into Guitars.