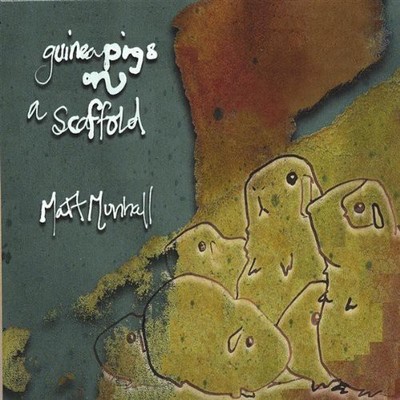 Matt Munhall is an independent singer songwriter. In 2001 Matt started Effort Records. By 2003 he had written, recorded, produced, and released his first album: Over and Over Again. Attaining some recognition but still searching, Matt picked up a gretch guitar and his friend Steve McGinnis taught him Horse With No Name. The rest is history. Munhall then toured Europe performing in Germany and writing his much anticipated second album: Guinea Pigs on a Scaffold. Go check out some reviews on the web. Shortly after his return to the states he went back into the studio. Now in 2005 he has again written, recorded, produced, and released an album where every song stands on it's own. Over and Over Again was a piano driven singer songwriter style of album loaded with pop, blues, jazz, and gospel influences. Strongly influenced by Billy Joel, Elton John, The Beatles, and Randy Newman most vividly, Over and Over Again appeals to a very diverse crowd. Guinea Pigs on a Scaffold draws from influences such as Brad Mehldau, Bob Dylan, Harry Nillson, Ryan Adams, Ben Folds, Jeff Buckley, and Damien Rice. As opposed to Over and Over Again the majority of the songs on Guinea Pigs were written on the guitar. Because of this, Munhall's rhythms and phrasings have become even more diverse with alt country, bluegrass, as well as folk undertones. However, the piano still is the backbone of Munhall's musicality. Perhaps the most improved aspect of Munhall's music is his lyrical development. Email him and tell him the things he needs to know.

Here's what you say about
Matt Munhall - Guinea Pigs on a Scaffold.