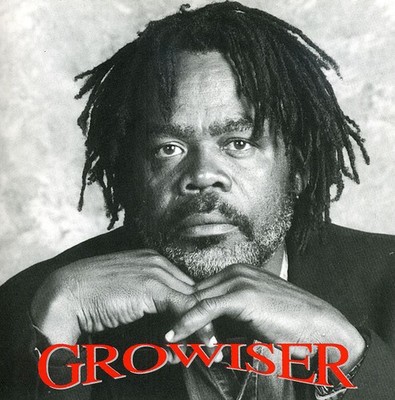 Rich vocals and a sweet saxophone make Emerson's love songs memorable. The lyrics touch your very heart and soul, especially if you're healing a broken heart. Mellow out at home or enjoy while you're driving and going about your day. These soothing, easy listening melodies are filled with emotion that you will feel and relate to. Emerson's title song, 'Growiser', was born out of spending so much time on Fisherman's Wharf, as well as the influence of having grown up in a poor country. This is not a love song, but a song with a message. The other tracks on the album, such as 'Love is Knocking' and 'Never Like This', follow in the footsteps of Emerson's first album wherein he needed to express himself through songs, but this time, they speak to a new chapter in his life. Emerson is a Bay Area musician that has delighted fans and critics from around the globe for nearly three decades. His current musical vehicle, The Grow Wiser Band, has been performing at festivals, clubs and events for over ten years. Emerson's unique sound comes from exposure to both Caribbean and European music genres, as well as American soul music. When people ask what 'style' he sings, the closest description would be rhythm and blues, soft jazz and a sound that can have a touch of country, or reggae. Emerson has released four CD's, the first in 1996 entitled Ball and Chain, and the second in 1999, entitled Growiser. He is currently in his studio working on his latest CD, Don't Look Back, released 2005, and his latest Better Be Good, 2006. Whether it is a message to himself, to a loved one, or for the younger generations of today, Emerson's lyrics all have a purpose. While most of his songs are autobiographical, many songs also evolve from other people's stories that he has heard over the years. The critics agree. 'His lyrics catch people's attention, as they relate to so many people's experience with relationships and life encounters.' (SF Musician) 'Emerson is a keyboard maestro. Playing a funky bass-line with his left hand while his right hand works big block chords and organ solos, Emerson fools you into thinking there are three people doing his part. When you see him live, you see that one human being is doing all that by himself. 'His music is honest and moving. Songs like Love is Knocking, Don't Wake Me Up, and Grow Wiser, express a deeper search through the soul for knowledge, love and experience.' (Frank Zeccola, San Francisco Observer) Emerson's musical career started when he was 14 years old -- just old enough to brave breaking a few rules in order to make it possible. His favorite song to 'sing his heart out to' was Otis Redding's Lover's Prayer. He would sneak out at night and sing it as the last song of the night at a local club in his home country of Belize. (It was a real hit, even with his Mother and sister who had the shock of seeing him one night, at age 14, when he was supposed to be fast asleep at home!) Emerson is completely self-taught, and a natural musician. In his younger years, Emerson's instruments of choice were the drums and guitar and, of course, singing. He was part of several bands in Belize until leaving for Europe in his late teens. He then did not pick up music again until arriving in Los Angeles and forming a band with other Belizeans for a few years. Life and work changed for Emerson so he dropped music for almost twenty-five years. It wasn't until 1995 that he purchased a Yamaha keyboard and began to really develop his own style of music as he taught himself a new instrument. He spends several hours each day in his studio in Oakland, California, honing his craft and writing songs. When he's not in his studio writing and recording, Emerson likes to spend time with his wife and daughter, go to the beach and work in the yard. But, spending time in the studio and performing are two of his favorite things to do. 'It seems the more I learn, the more I want to play, and the more I play, the more I want to learn,' he says. Emerson uses various different musicians depending on the performance venue. For smaller venues, he usually uses a saxophone and a drummer. When he performs at larger events, blues festivals and county fairs he uses a six-piece band. He has played at the Half Moon Bay, Millbrae, Burlingame and North Beach Festivals, as well as the Solano County Fair, to name a few. For more information, or to receive a demo CD, call (510)530-7258 or (510)303-3197 or email [email protected]

Here's what you say about
Emerson - Growiser.