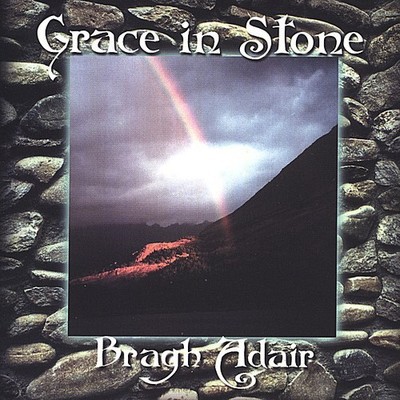 Featuring original songs written and performed by Bill Leslie, Best New Artist of 2005 worldwide in NAR survey. Your musical chemistry is absolutely amazing! Each instrument intertwined to create a brilliant, rich and sweet sound. .....Kyle Cooper..... I am so blessed by your music. It is so tranquil and yet exciting; full of grace, peace, and joy. I was enthralled with the haunting sounds and spiritual quality of your music. .....Joan Mathys..... Mary Page Johnson: violin Kerry Johnson: piano Bill Leslie: guitar, whistles, keyboards, lead & backup vocals Bragh Adair comes from the ancient Scots Gaelic word "braghadair" which means "blazing fire." The imagery matches the warmth of the music and the response Mary, Kerry and Bill received after playing their songs. Mary Page Johnson was immersed in music early in life. By age four she was playing both piano and violin. While attending the North Carolina School of the Arts in High school she honed her technique on violin under Elaine Richey. She also has a performance degree from the Eastman School of Music where she studied with Gerardo Rubiero. Mary expanded her style and ability in summer music festivals at Tanglewood, Brevard, in Utah and Europe. She developed a love for Celtic music while attending Scottish games with her daughter Martha, a dancer. In addition to her work with Bragh Adair and at church Mary teaches violin. Mary describes teaching as a 'real passion" and enjoys passing her love of music on to others. Mary lives in Raleigh with her husband Kerry and her children Wesley and Martha. Her hobbies include running, reading and baking bread. A simple chord organ was the musical magnet for Kerry Johnson as a child. This quickly gave way to piano lessons where a deep love for music grew. Not only did he excel in piano but he also loved to sing in choirs and play the trumpet. Kerry attended Furman University where he earned a degree in piano performance. He also spent time studying in Vienna, Austria. His pursuit of music led him to the Eastman School of Music in Rochester, NY. Eastman is also where Kerry met his future bride, Mary Page. Kerry's classical training stressed the structure, melody and tonality of music and this has served him well in his compositions and arrangements with Bragh Adair. Kerry works as a sales representative with Northwestern Mutual Life Insurance Company and gives generously of his time and musical talent at Kings Park International Church. His hobbies include running, fishing and reading. Kerry lives in Raleigh with his wife Mary and two children, Wesley and Martha. Bill Leslie grew up in Morganton, NC singing in the choir at Grace Episcopal Church which helped inspire the song 'Grace in Stone.' Bill played cornet in elementary and middle school. In the eighth grade Bill took up the guitar and began writing songs. In high school, Bill played guitar and was lead vocalist for The Cyntriks, a group that enjoyed a regional hit song with Bill's composition 'Missy.' In college Bill performed original folk songs with Tom Barrows on the coffeehouse scene. After graduating from UNC with a communications degree Bill roomed with John Tesh who would later invite Bill to perform with him on stage in Raleigh in 1997. Their friendship continues today. In the 1970's Bill penned several songs for April-Blackwood Music Company. He also wrote a series of worship songs which he performed at Cary Presbyterian Church. Bill took up the whistle in the 1980's after making two trips to Scotland in search of his Celtic roots. He has been writing contemporary Celtic music ever since. Bill lists Mícheál Ó'Domhnaill, Brian Dunning and John Claude Gummoe as his strongest musical influences. Bill works as an award-winning journalist for WRAL Television in Raleigh. He lives in Cary with his wife Cindy and two children, Lauren and William. Guest musicians: Steve Levitin on percussion Marc Walker on tenor sax Shawn Young on bass.

Here's what you say about
Bragh Adair - Grace in Stone.