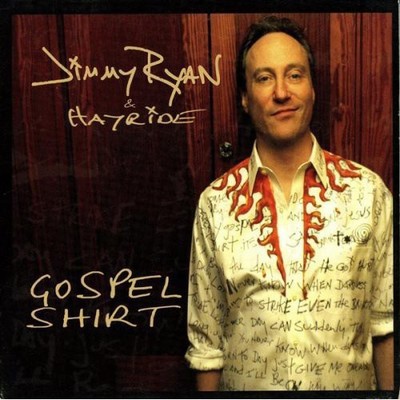 Most noted for his left-handed imaginative mandolin playing, Jimmy Ryan's old-timey voice and masterful songwriting reflect a seasoned musician indeed. He began his professional music career in a punk band Decentz and a traditional bluegrass band Pine Island, but he is probably best known for founding and fronting the bluegrass tinged rock band, The Blood Oranges in the late 80's. 'Years before anyone had invented the label 'alt-country,' The Blood Oranges helped pioneer the style, with Ryan as lead singer and songwriter,' claims Miles of Music. 'Jimmy Ryan is one of those names woven into the fabric of Americana... his contributions are considerable' No Depression During and after his days fronting The Blood Oranges, Jimmy collaborated with a host of musicians, one of the most notable being his work with former Morphine and Treat Her Right frontman, the late Mark Sandman. Together they played the Boston scene as Treat Her Orange, a partnership that would later blossom into the Pale Brothers (and yield the track 'In Spite of Me' on Morphine's 'Cure for Pain' album). Both Treat Her Orange and The Pale Brothers were two talent-laden and interesting side projects that featured live performances but hailed no official albums. Sandman later reappeared on the Jimmy Ryan/Mark Spencer collaboration Wooden Leg, who toured as an opening act for Morphine. Jimmy Ryan has toured worldwide and extensively. His innovative mandolin playing has been featured on albums by Morphine, Warren Zevon, Catie Curtis, Dumptruck, Brooks Williams, Gerald Collier, Jake Brennan, Sarah Borges and many more. Jimmy Ryan transcends traditional bluegrass mandolin playing by weaving a tapestry of traditional, world and rock musicianship into an amazing blend of hillbilly roots rock. He dares to defy boundaries by using the mandolin as the lead instrument in an electrified band. His latest album 'Gospel Shirt' was recorded at Hi-N-Dry studios in Cambridge, where Jimmy enlisted the usual cast of locals to flavor his latest creation of roots rock: guitar virtuoso Duke Levine on creative guitars, Billy Beard on drums, Andrew Mazzone on bass, Kevin Barry on lap steel, Christian McNeil, Laurie Sargent on backup vox. Grammy Award winning producer Trina Shoemaker (Sheryl Crow) co-produced the album with Billy Conway (Morphine, Twinemen). Dr. Toby Mountain (Frank Zappa, David Bowie) mastered the record.

Here's what you say about
Jimmy Ryan - Gospel Shirt.