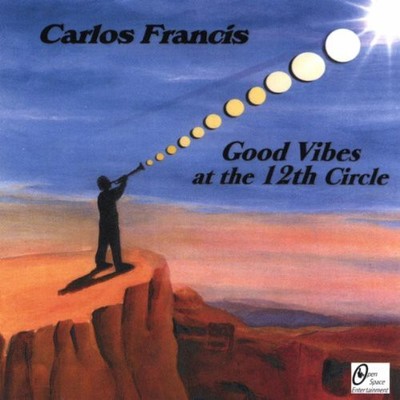 Carlos Francis Trumpeter,Composer,Arranger,Recording Artist Carlos Francis is a name known or should be known by any one who is serious about the jazz scene in the metropolitan area. An outstanding studio musician, Carlos has recorded with Lauryn Hill, Wyclef Jean, Denroy Morgan, Charles Earland, Kool and the Gang, Rites of Passage and the Spirit of Life Ensemble. Carlos has performed with Lionel Hampton, Jimmy McGriff, Bernard 'Pretty' Purdie, David 'Fathead' Newman, Randy Weston, Rhoda Scott, Gloria Coleman, Don Patterson and many others. Carlos has toured Europe, performing at the Pori (Finland)jazz festival and 'the Duc Des Lombards' jazz in Paris, France. He also has made numerous television appearances performing with the Spirit of Life Ensemble on FOX5, NJN50 and COMCAST (NJ) Cable Live at Liberty Park. He performed with the group Rites of Passage on a live broadcast on WBGO for the 1997 Newark (NJ) jazz festival and was interviewed for the Spirit of Life CD 'Feel the Spirit' which featured his composition 'Happy Blues' (also broadcast on WBGO). Carlos has recorded his first CD as a leader'Good Vibes at the 12th Circle' which features jazz many moods on Open Space Records. Carlos many guests on the CD include the late Charles Earland,Onaje Allan Gumbs and Clifford Adams to name a few. 'A superb musician,teacher and educator who presents his first recording under his own name.' STAN MYERS WBGO-FM 'A musician who incorporates a variety of styles with jazz as the theme.' RODNEY BALTIMORE WEDR-FM.

Here's what you say about
Carlos Francis - Good Vibes at the 12th Circle.