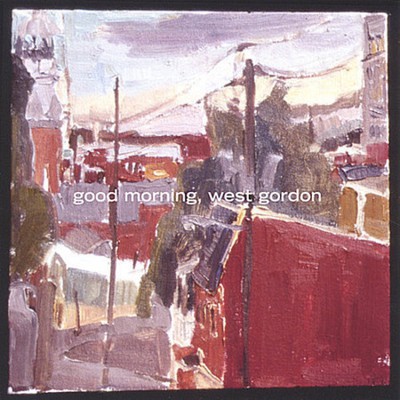 'Conveys torn-apartness without even trying... transforming those overworked three chords into something almost magical again.' --Tom Moon, Philadelphia Inquirer BIOGRAPHY The year 2004 chased Philadelphia's One Star Hotel through lineup changes, anguished pre-production, floods (in their funeral parlor-turned-rehearsal space), car crashes and van breakdowns. Left only with a belief in their songs and a few drops of gas in the tank, they resolved to make a getaway: ditching meticulous demos, the band performed it's new songs live at Miner Street Studios [Burning Brides, Mazarin, Bigger Lovers] for Brian McTear's vintage gear to capture. Good Morning, West Gordon displays the members at this, their most vulnerable-struggling to return to the heart of the city and music they love. Raw tracks in tow, the band spent months completing the mix with eclectic sounds found in churches, studios and in the very streets that inspired the songs. In the end, stirring performances and vast arrangements transcend this Philadelphia backdrop with a desperate statement of hope that rings true in any town. Sonically, One Star Hotel recalls the indie-pop of Wilco and The Flaming Lips as readily as the time-tested material of Big Star and Neil Young. On stage, the quartet brings new energy to it's lush album arrangements, sometimes slipping into childhood radio hits with unexpected sincerity. Released in 2003 to glowing reviews, the Americana-leaning self-titled debut offers the band's straightest interpretations of Steve Yutzy-Burkey's evocative songs. Building on this, Good Morning, West Gordon brings it's own depth of production and a confidence that can't be ignored. Stereo Field Recordings is proud to announce the release of One Star Hotel's Good Morning, West Gordon. DISCOGRAPHY One Star Hotel (2003), Stereo Field Recordings Good Morning, West Gordon (2004), Stereo Field Recordings.

Here's what you say about
One Star Hotel - Good Morning West Gordon.