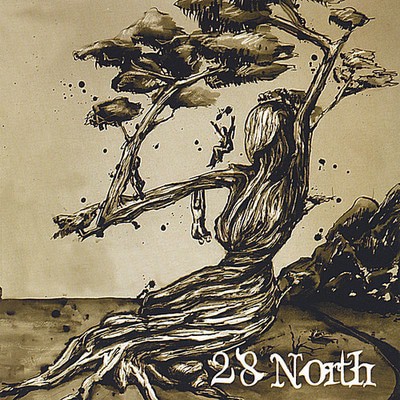 Los Angeles. 2013. 28 North.?? Take the art of timeless songwriting, infuse it with astounding instrumental prowess, and throw in the blistering energy and attitude of the 21st century. What do you get? 28 North. Recently Voted Best Band in Pittsburgh by Pittsburgh Magazine, the members of the band - Michael Lindner, Taylor Netzler, Tyler Bond, and Mark Glinka - have been putting on epic, crowd-pleasing shows all across the U.S. from New York to California, and everywhere in between. An ever-growing mob of fans has been coming out to watch 28 North perform with groups like Blues Traveler, Young the Giant, My Morning Jacket, TV on the Radio, and Crash Kings. The band has recently signed with legendary manager Jerry Heller (CCR, CSNY, Elton John, Marvin Gaye, NWA) and relocated to Los Angeles.  28 North has become a Sunset Strip staple regularly performing at The Roxy, The Viper Room, and House of Blues LA. The groups self titled record, '28 North' has gotten radio play for 28 North in over 150 markets across the nation.  With appearances at the ?SXSW and CMJ festivals, 28 North has taken their act over the top with their new record, 'World on Fire'. With their unparalleled vocal harmonies, virtuosic guitar work, polished hook laden songwriting, a rapidly expanding fan base, and their boundless charisma, it's only a matter of time before '28 North' is blazing from the stadium lights.??

Here's what you say about
28 North - Gone Too Far.