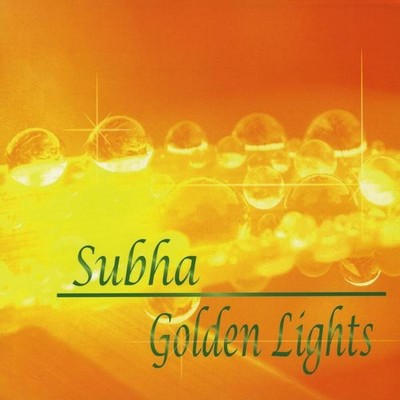 I started creating GOLDEN LIGHTS album back in 1998 right after I completed my ILLUSIONS album. The album was complete by around 2002. I had put this album on hold for next 7 years due to family priorities, and most importantly I felt the sound templates I needed was something beyond what my arranger keyboard could provide. In the year 2007 I got a Synth module rack and felt I was ready to get this album rolling. The real work began sometime early this year around March 2009 when I felt it was time for me to put this album together in my home studio. I have been influenced by music style of Keiko Matsui, Chris Spheeris, Yanni, Loreena McKennitt, Phil Collins, Sting and Bollywood to create this unique album. Venus Power - I got inspired by a Black Supermodel to pen this track. This track is a fusion of funk, ambient, acoustic and latin genres. I intended to keep the melody simple and focus more on the percussion. The percussion is something I felt would convey the mood of this track. Venus represents femininity, and this track speaks of their beauty, grace and their dominance in the 21st century society. Broadway And Beyond - This song is a story of a young teenage girl displaced from her family during World War I. She fled her country Morocco on a boat to New York city. She loved to dance and gets to dance on a broadway show, however she misses her family and longs to unite with her family. This track features multiple genres - world, latin, orchestra, and pop. Awakening Daffodils - This was one of the first song I completed right after I made my 1st album Illusions back in 1998. I wanted to do something using multiple pianos as an arpegiattor. The genre of this track has elements of pop, new age and a fine touch of jazz. I imagined wandering around in lush green forest where light was difficult to penetrate. And I chance an open field of daffodils right in the thicket of forest where lights pored into the area and the flowers bloomed with furry creatures, fairies, elves, goblins and pixies lived in the daffodils as their homes. Golden Lights - My daughter was born in March 2000, and I felt inspired to write this track at a gentle tempo. There is an element of 80s rock/pop feel to this track. The Rain Storm - Last year in August 2008 we visited Costa Rica and spend around 10 days in the rain forests. I always love rain and clouds, it makes me extremely happy and in a state of trance. The track has elements of acoustic pan flute in the leads, organic ambient, chill-out and eletronica. Heart Beats - This was the very 1st song I ever composed in this lifetime. I did this back in 1993 on my old keyboard. I did not have any recording equipment then, however my memory served me well. When my son was born in 2003, I decided to build and create the musical arrangement. This song is about tiny heart beats that bring joy to an expecting mother. The track is a fusion of latin, world, acoustic and new age. Sax Blues - This song falls under traditional smooth jazz. I had lived in San Francisco bay area for 8 years. The great city has been a great source of inspiration given it's unique culture and heritage. I used to listen to KKSF 103.7FM and discovered great music and artists. This song is a dedication to that great city and it's Jazz culture. Street Musicians - I grew up in the city of Bombay and Calcutta in India during the 1st 24 years of my life there. While living in the city, I have noticed musicians walking down the street playing harmonium (an Indian accordion) and percussions singing for a living. Children who sometimes are blind sing songs by clicking on two stones seeking food and money. There are millions of talented musicians out in this world who play their songs and seek money and food for their livelihood. This song goes out to those wonderful souls. This song has Indian - middle eastern flavor and an air of joyful dance. Café Amor - If you are in love then this track is for you. The melody leads popped out of nowhere as I was playing the keys. This track has the elements of romance and blossoming love. The genre for this track is smooth jazz, with sub-genres of Euro Pop, and Latin. This track has a backdrop of a French girl who frequented a coffee shop in Seattle and she was an exchange student. A part time student working in that shop happen to notice her every day for weeks, and never got a chance to talk to her. One day she never came back. He was crestfallen, and summer arrived. He visits France as an exchange student during the summer. While in France, he visits a local café, and lo and behold he encounters the very French girl who works there making café mocha. Cruising Through Clouds - This track features strong guitar strings for the background. It is a good one to listen to while driving down a long windy road or traveling in a train through the mountains. The track is a fusion of latin, smooth jazz, pop and acoustic.

Here's what you say about
Subha - Golden Lights.