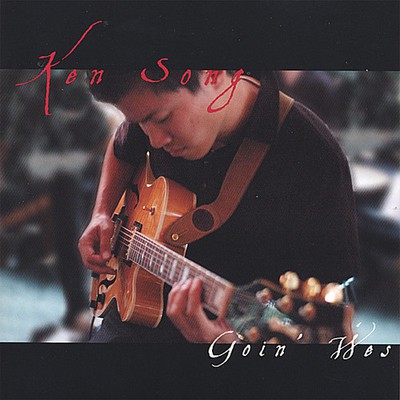 Ken Song, who holds a Master of Music in guitar performance, graduated with honors from USC in 1998. He has studied jazz guitar with Joe Diorio and Larry Koonse, and classical guitar with William Kanengiser. While in school, Ken played in many jazz festivals, including the Fullerton Jazz Festival and the Berkeley Jazz Festival, earning top honors. He also recorded radio jingles and did session work on other musician's albums. Since college, Ken has been working steadily in the Los Angeles music scene, playing sessions on motion pictures, TV commercials and audio recordings. Notable artists that Ken has played with include Bruce Eskovitz, Bill Churchville, Randy Drake, the Dick Grove Orchestra, Gregg Bissonette and Ricky Lawson. Ken also plays in local clubs and restaurants in Los Angeles and Orange County Area with his own trio and was a featured performer in Santa Barbara Jazz Festival in 2005. In late 2005, Ken recorded his first solo album, Goin' Wes, with Luther Hughes, Paul Kreibich and Llew Matthews. This CD will be released in early 2006 on the Primrose Lane Music label, which handles such artists as Tom Ranier, Glenn Cashman, Stuart Elster, Dewey Erney and the Tom Kubis Orchestra, and Luther Hughes and the Cannonball-Coltrane Project. Here are some reviews for the CD by well known artists. I highly recommend this this album to anyone who is even remotely interested in the jazz guitar albums of the 1960s. Not only is it a wonderful tribute to a great master of jazz guitar, it also gives the listener a glimpse at the next generation of bop and hard bop players. With Goin' Wes, Ken has firmly planted himself into the realm of world class jazz guitarists and has left us in anticipation of what is to come. - Just Jazz Guitar, August 2006 A flawless performance by an all-star ensemble with Ken exhibiting his virtuosity on the guitar. This is a fine first release by a new jazz artist. Encore, Ken Song, encore! - Howard Rumsey, jazz impresario Ken Song is one of the best 'young players' that I have heard in a long time. - Mundell Lowe, jazz guitarist Ken Song has a special gift for improvising that ranks among the best. - Joe Diorio, jazz guitarist An outstanding guitarist deserving wider recognition to the general public. - L.A. Jazz Scene.

Here's what you say about
Ken Song - Goin Wes.