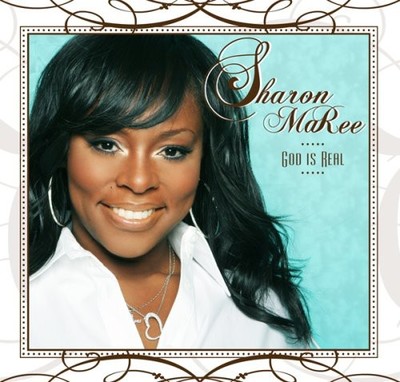 This beautiful singer/songwriter has collaborated with some of the hottest new producers in the industry, and captures the most "Urban Contemporary Gospel" music around. In this non-genre specific release, everyone can appreciate the songs from this compilation. With the hit single "Stand Up!", Sharon sets the tone of the CD from the beginning, and forces the listener to think and feel that "God Is Real". Sharon creates a lasting impression with 12 songs that will challenge you, uplift you, and inspire you. Sharon MaRee IS the new standard in Urban Gospel music! Born and raised in Los Angeles California, Sharon began singing at the tender age of 9 years old. With a singing, preaching father and a devoted, praying mother, Sharon's roots in the church and gospel music were embedded early. Today, she currently serves as assistant choir director for the Music Worship Ministry of the Apostolic Faith Home Assembly Church in Los Angeles, California. The time has finally come! Sharon MaRee (known around L.A. and the music circuit as Sharon Norwood) is set to release her debut gospel CD entitled, "God Is Real." This is a "must have" CD with 12 great songs to uplift your spirit, and renew your faith. Sharon has toured the world recording and performing with many gospel and secular artists throughout her career. 1993-94 - World tour w/James Ingram 1994-99 - World tour w/the Isley Bros/Angela Winbush Award Shows - Soul Train, AMA (w/Mariah Carey), Parade of Stars (w/Fred Hammond), Gladys Knight, and others CD Recordings - Live w/Norman Hutchins, Brian Culbertson, DeNetria Champ, Karen Briggs, and Elaine Norwood TV Shows - Arsenio Hall w/various artists (Shirley Caesar, etc), Jay Leno w/Yolanda Adams, Isley Brothers, etc, Soul Train (Isley's, various), the Today Show, Good Morning America, BET, and countless others In 1999, Sharon also performed as the star of the sold out musical stage drama "These Trying Times" at the Wilshire Ebell Theatre in Los Angeles. And now, her solo reign is here. So, prepare to be tremendously blessed by the sounds of Sharon MaRee. Ecclesiastes 3:1: "For everything there is a season, and a time for every purpose under heaven"

Here's what you say about
Sharon Maree - God Is Real.