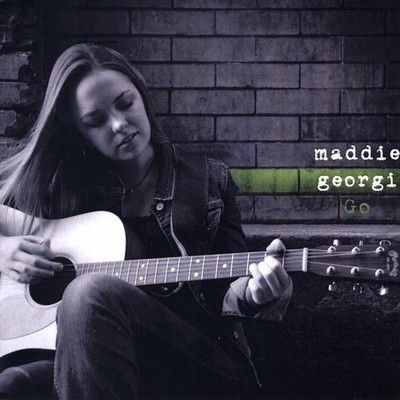 Maddie Georgi may be just sixteen, but she is an old soul. The songs she crafts contain the emotional perspective of teenage angst and womanly confidence, and they come wrapped in catchy melodies that only a gifted songwriter could create. Maddie is more than an extraordinary vocalist. She is a song stylist, whose chameleon pipes can tackle any genre and make it her own. Displaying a poise and presence well beyond her years, Maddie has performed at many prestigious venues including Club Café, the Hard Rock Café, Heinz Field, South Side Works Town Square, Syria Shrine Center and PNC Park for audiences as intimate as 50 and as massive as 30,000. She has opened for national recording artists Enuff's Znuff, Billy Price, grammy winner Van Hunt, Nashville's Brooke Waggoner, and Pittsburgh fave Bill Deasy. Her original song "Gone Away Again" was selected out of more than 60,000 submissions to be one of 64 finalists in the 2008 national CMT Music City Madness contest. After six rounds of online voting, she was chosen as the contest's first runner-up. Maddie is the voice of choice for belting the National Anthem, which she has sung for numerous teams and special events, including Pittsburgh Pirate games and an upcoming Steelers game. Her affiliation with the Pittsburgh Steelers goes beyond that of devoted fan. She has hosted the McDonald's Steelers' Kidzone show on Saturday mornings on WPCW-TV for the past three years, interviewing different Steelers each week. She is a young artist, but her musical influences span several generations and styles, from her Dad's beloved Harry Chapin to her mom's fave, Natalie Merchant. She has been compared to such artists as Carrie Underwood and Christina Aquilera, and she cites Billy Joel, Counting Crows and Matchbox 20 among her own favorites, but her own sound is uniquely Maddie, still evolving and growing.

Here's what you say about
Maddie Georgi - Go.