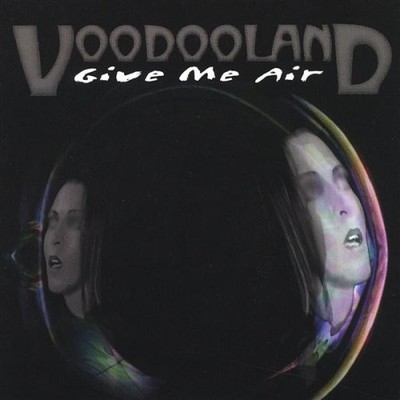 Karl Cochran (Ace Frehley Band, Joe Lynn Turner Band) has released the second Voodooland album, entitled 'Give Me Air', a driving classic rock sounding album with a modern edge. Ballsy guitars, hook driven songs, and great performances highlight this album that Karl produced and co-wrote. His writing partners include Robert Mason (Cry of Love) and Ron Young. This CD, which was recorded in Karl's home studio, features performances by Joe Lynn Turner (Rainbow, Deep Purple), Bob Daisley (Ozzy Osbourne, Black Sabbath), John Corabi (Motley Crue, Union, The Scream) and Brent Fitz (Union, Vince Neil). Additional performances by Bruce Terkildsen, Al Fritsch, Paul Dileo and a special bonus track featuring Ace Frehley and Eric Singer of KISS. Here's some reviews by fans who've already bought the CD: 'To say I am utterly blown away would be the understatement of the year......'Don't Say That You Love Me', one of the most amazing mellow tunes I have ever been lucky enough to hear, and which ripped me apart inside the same way that Kenny Wayne Shepherd's 'Blue On Black', AIC's 'Down In A Hole', King's X, 'Cigarettes', and Tesla's, 'What You Give', all do. I immediately ordered the disc when I got home from work the next day. It has basically booted everything else from my CD player since arriving. The CD rocks incredibly hard, yet is so amazingly blues-tasty, that repeated spins are an absolute must. ...... Thanks again for an amazing piece of music...'Give Me Air' has my vote for CD of the year, beating out the new BLS, Iced Earth, and Tesla CDs. Great job.' - Al H of New York City 'I've had the CD for over a week now, and I love it more with every listen...The music on here is great...I love the title track and 'Inside Looking Out' especially. Hell, the whole thing is kick ass. Brent Fitz and John Corabi are very welcome additions on the CD! I'm huge fans of them both. Karl (and Bruce) should be commended for putting out a very soulful hard rocking CD. Personally, I hear some inspirations from Grand Funk Railroad, and I wonder if the guys are fans? I tend to think so! Bruce's voice reminds me of Mark Farner.' - Patti H of Southern California 'I have listened to so many different types of music, and different artists and there are only a handful of them who's music I can listen to over and over without saying 'Okay, enough of this...' The VooDooLand CD is in that group. Every aspect of the CD is great, meaning the lyrics, music, melody. The guitar work on the whole CD is just stellar. The production and mix are fabulous.' - Kiva H of Kew Gardens, New York.

Here's what you say about
Voodooland - Give Me Air.