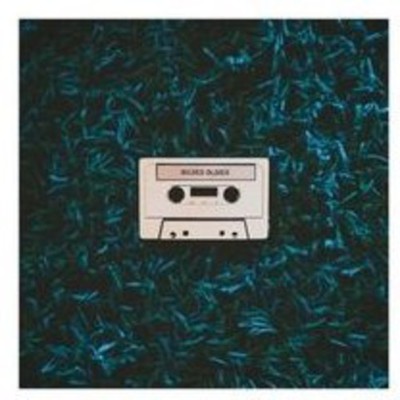 It happens to all good musicians eventually. After spending most of his 20s working to establish himself in the indie music culture of his adoptive hometown of Seattle, Eric Anderson looked up to discover that he felt more dislocated than ever. Despite having earned a loyal following for his band Cataldo-whose three albums have burnished his reputation as a serious and distinctive songwriter-Anderson found that each step along the path of building a career and body of work, no matter how successful, had led to a larger restlessness. Drifting non-committally through preparations for the fourth Cataldo record, Anderson bounced some production ideas off his sound designer housemate, whose response proved both ridiculously simple and profoundly liberating. "That all sounds very sensible, Eric," his housemate said, "but what do you want to do?" It's funny, but the question had never really occurred to him. And like all important questions, it spawned others. Soon Anderson was exploring his identity as a brainy-feelings writer and his growing fascination with radio pop music (as well as his deep contempt for the disconcerting trend of honky folk artists copping the least elemental but most demonstrative affect of being "soulful.") Finding no common cause with the currently fashionable gaggle of ebullient faux-folk acts with which Cataldo was invariably lumped, he felt increasingly stirred by a desire to shake off the writing, recording, and performance reflexes he had developed. Bored of his own sonic palette, he began imagining stark drum beats and sensual horn arrangements, but in the service of his voice, not of a character's. He continued writing songs that sought to reconcile his direct connection to the songwriting tradition of artists like the Mountain Goats, Bill Callahan/Smog, and Magnetic Fields with his unshakeable affinity for the melodic breadth of "Put it Down" by The Dream and the cross stick throughout D'Angelo's "Voodoo." His roommate had asked him what he wanted to do, and Anderson had found an answer: "Whatever the fuck I want." The result is Gilded Oldies, the most ambitious, assured, and accessible Cataldo album to date. Which isn't to say dumbed down. The record is full of unyielding introspection and coruscating insights into often dark and emotional subject matter. The process that led Anderson to his triumphant album-put simply: acknowledging the yawning gulf between the life you expected and the life you got-is reflected all through the songs. The news isn't always pretty: "all god's creatures have their bridge to burn/this is mine smoldering" from the title track. Sometimes it's plaintive: "what a cowardly thing/to know the notes but not sing," from "Black Lamb." Sometimes it's obscure: "Noli me tangere, motherfucker," from "The Beast." And sometimes it's just a heart-nicking dialogue between hope and despair: "But someday in a moment unacknowledged by the sprawl/ my heart will beat so hard that it can break the terra cotta shell the beast has made/ that keeps me lonesome and acting smart." But however contemplative Anderson's lyric writing gets, the music is spry, the melodies delectable, the sounds organically irresistible. The contrast is a difficult trick to pull off, but it's also a sign of necessary and enchanting growth in a songwriter whose emphasis has, until now, rested unmistakably on "writer." Not that anyone is likely to mistake these songs for being taciturn-Anderson remains a committed verbalist. But the groove and feel of the arrangements frequently step up to take their rightful precedence, which of course affects the meaning of the words in surprising, even thrilling ways. As Anderson himself admits, with characteristic bashful optimism, "Gilded Oldies is the first Cataldo record you could occasionally, maybe, sort of dance to." Success!

Here's what you say about
Cataldo - Gilded Oldies.