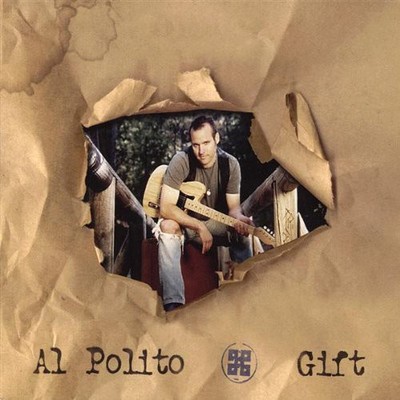 Polito's 'Soul Stew' Start with some 1960s pop melody, add the sensitivity of the 1970s singer-songwriters, throw in some wry 1980s angst, and smother generously with loud guitars and you have singer/songwriter/guitarist Al Polito's recipe for Rock and Roll. Exploring themes of love, sexuality, optimism and fate, Al Polito is rare combination of bemused songwriter and rocker, of monk and satyr, of sensitivity and testosterone. 'The first record I ever bought was 'Band on the Run' by Paul McCartney and the Wings,' Al remembers. 'I think I was 10 years old. After that, it was a pile of Black Sabbath Records, some progressive rock, and Neil Young. Ever since then I've been this crazy Gemini with my mind in heaven and my feet in the gutter, or is it the other way around?' Al first hit the LA songwriter scene in the late 1980s, performing at the Iguana Café alongside Dan Bern, Matthew Lee, Mark Islam and others. Al went on to perform at premier performance venues such as Highland Grounds and Genghis Cohen in songwriting circles. Formerly playing lead guitar with the surf-instrumental band Banned from the Beach, Al has opened for guitar luminaries Dick Dale and Gary Hoey at the legendary Roxy Theater on the Sunset Strip in Hollywood. He has also performed regularly on guitar and occasionally sung solo for a Los Angeles-area gospel choir. His full-length debut, 'Gift,' pairs Al with veteran LA Producer/Engineer Doug Messenger, whose studio has seen action from the likes of Beck and platinum-selling Jimmy Eat World. Messenger's experience as bandleader for Van Morrison was a natural complement for Al, who shares the Irish songwriter's lyrical intensity and musicality. Laying down the rhythm for Al on his debut album are bassist Al Wolovitch (Michael Penn, Peter Himmelman, Phil Cody, Mark Davis), drummer Andy Kamman (Penn, Himmelman, Cody, Vonda Sheppard), and keyboardist John Thomas (Bruce Hornsby, Sparks), with cameos by jazz guitarist Larry Feldman, Flamenco guitarist Tom Winslow and drummer Michael Kobrinsky (Spooky Pie). Recently Al provided lead and rhythm guitar for Emily Margaret Tessmer's debut CD, 'Reach Toward The Sky,' alongside drummer Pete Thomas (Elvis Costello, Suzanne Vega) and bassist Davey Faragher (Cracker, Costello, Vega).

Here's what you say about
Al Polito - Gift.